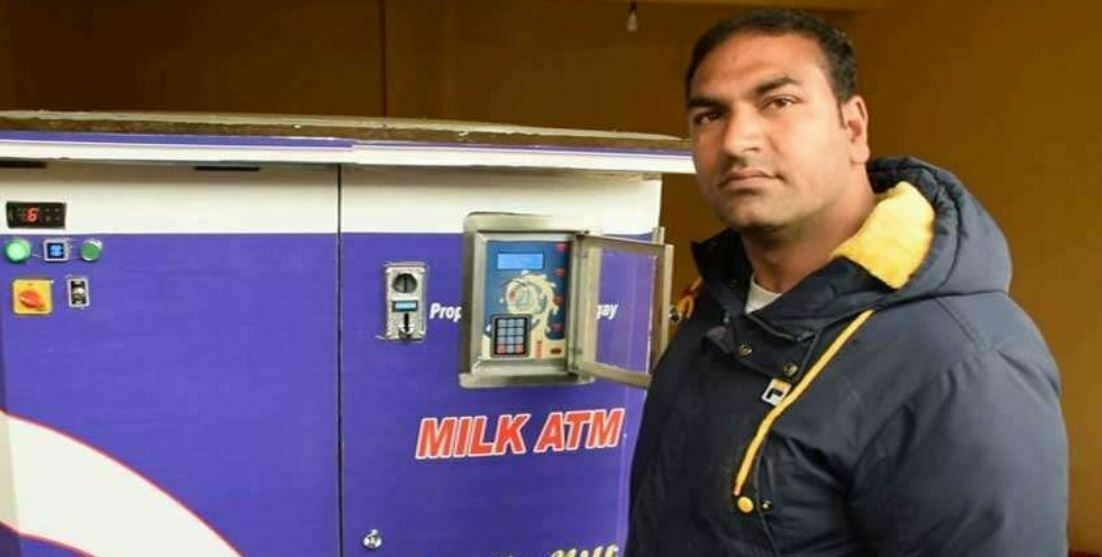 Srinagar : Pulwama, which has earned the moniker Anand of Kashmir for being the leading milk production district in Jammu and Kashmir has now got its first milk vending machine popularly known as the Milk ATM.

The machine has been installed near Shaheed Park in the Chatpora area of the main town Pulwama by a professional milk supplier, Shabir Ahmad Wagay, in collaboration with the Department of Animal and Sheep Husbandry.

“Wagay had approached us for help in setting up this venture.
It was done under the Integrated Dairy Development Scheme,” Chief Animal Husbandry Officer Pulwama Dr Mohammed Hussain Wani said.

He said that under the scheme the vendor has got a 50 per cent subsidy on all dairy processing equipment from the department besides other equipment for the development of the milk ATM.

Animal Husbandry Official added that “Since Pulwama is the leading district in milk production in the valley so we were looking for having better facilities in the town and with the installation of milk ATM.

“”There will be no shortage of milk in the town and people can get pure milk on the pattern of ATM,” he said adding that the capacity of the machine is 500 litres and that a bulk milk cooler attached to the ATM keeps milk at 4 degree celsius.

The Animal Husbandry department is looking forward to installing more milk ATMs in other towns of the Pulwama district.

Entrepreneur Shabir Ahmad Wagay thanked the animal husbandry department for the support and said, “The milk can remain fresh for three days and people.

“Locals of Pulwama town hailed this step taken by the Department of Animal husbandry as it will help them get fresh milk.