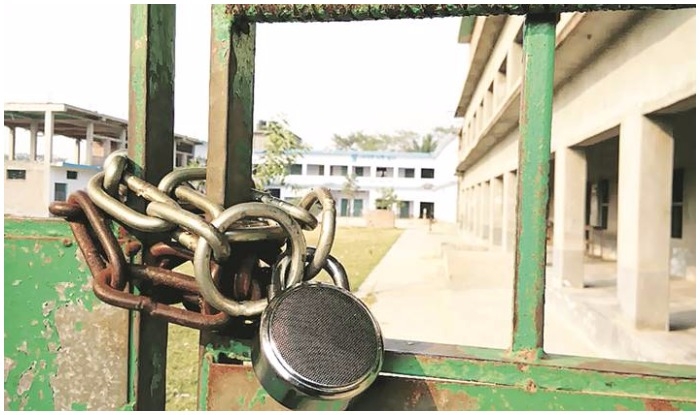 Srinagar, Apr 20: Schools in Kashmir have remained closed for 25 days owing to protests and holidays in the last one and a half month.
While the government high and higher secondary schools opened on February 26, class work in the primary and middle schools of the valley began onMarch 5.
The teaching staff of the schools was asked to report at respective schools on February 23 by the government.
From March 1 till April 15, schools in north and central Kashmir including private institutions opened for “just 20 days”, official sources told the Kashmir Monitor.
The number of working days at the schools in south Kashmir was even lesser with the institutions there being able to conduct classes for “just 13 days” in the last month and a half, the sources said.
Students in the valley schools have been protesting since 12 militants and four civilians were killed in three separate encounters in south Kashmir on April 1.
Three forces personnel were also killed in the encounters.
The protests by the students demanding justice for the 8-year-old girl from Kathua, who was brutally raped and murdered in January, have only gained strength of late.
The students protesting both against the south Kashmir killings and the girl’s rape and murder have been indulging in massive clashes with the government forces resulting in injuries to both the sides.
At Srinagar’s SP Higher Secondary School, classes could be conducted for only 23 days since it opened on February 26, a school insider said.
While the rest of the institutions have been functioning as relatively normally, the authorities have been forced to close schools in particular areas in the last few weeks.
While the School Education Department recently said that it had devised a separate academic calendar, private schools in the valley have begun to conduct classes on Sundays to compensate the loss.
Although “90 per cent” of the institutions in Kashmir conducted classes last Sunday, Chairman Private Schools Association Kashmir (PSAK), G N Var wanted the government to bring a formal order in this regard.
“For that matter, why cannot even the government schools conduct classes on Sundays?” Var asked.
The School Education, Var suggested, “should be made an essential service and politics neutral”.
Var said that “as a goodwill gesture”, they would even accommodate the students of the adjacent government schools in case the government issues formal orders to them to work on Sundays.
While the J&K Board of School Education (BOSE) recommended at least 180 working days for the schools in line with the National Curriculum Framework (NCF)-2005, Var said that the target in outside states was 230 days.
“By the number of days the schools opened in this academic session, you can only imagine how much we lag behind,” he added.