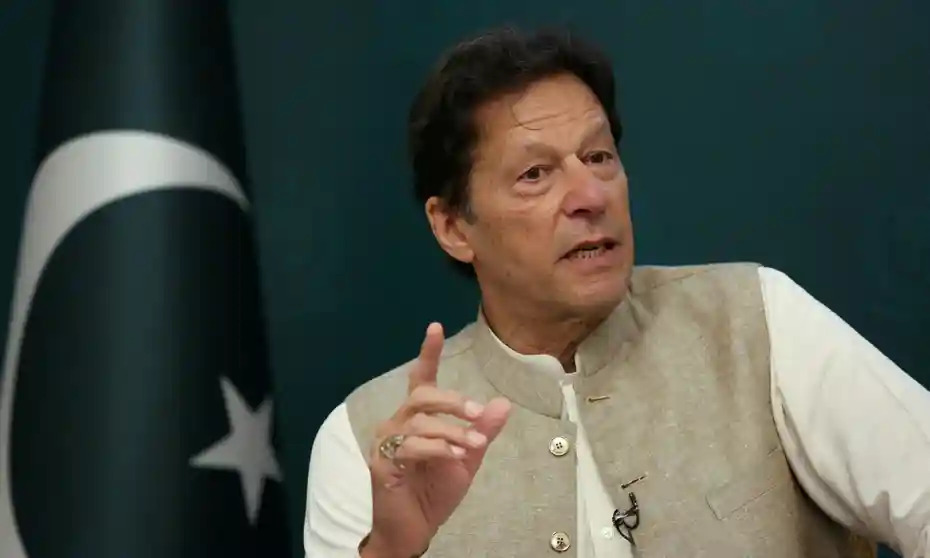 Ahead of a no-confidence vote, Pakistan Prime Minister Imran Khan asked the people to hit the streets and peacefully protest against an “imported government”.

He said foreign powers are trying to topple his government and opposition parties are hand in glove with them to get out of corruption cases and make money.

“We got to know that US diplomats were meeting our people. Then we got to know about the entire plan,” he said while addressing the nation.

He slammed the opposition for indulging in blatant horse-trading, saying politicians are being bought and sold like sheep. He also slammed the country’s media, accusing it of “celebrating” the government’s fall.

He pointed to India and said that no superpower can dictate terms to it as it’s a sovereign nation. “None of them has the guts to speak to India like that,” he said,

Khan said foreign powers want a pliable PM and that’s why they are trying to push him out. He has called the political situation an attack on the sovereignty of Pakistan. “We are 22 crore people. It is insulting that someone from outside is ordering this to 22 crore people,” he said.

The Supreme Court on Thursday overturned a move by PM Khan to block a parliamentary vote seeking to oust him. The dismissal of the no-confidence motion against Prime Minister Imran Khan was “unconstitutional”, the Pakistan Supreme Court said. It reconstituted the national assembly and ordered the Speaker to call a session.

The no-confidence vote against Prime Minister Imran Khan will now be held on Saturday at 10 am.

“I respect the Supreme Court and the judiciary, but it should have looked at a threat letter before issuing its verdict,” Khan said in his address, adding that he was saddened by the verdict. The deputy speaker had blocked a no-confidence motion against him and the President, seen as the PM’s loyalist, dissolved the parliament and ordered fresh elections.

If Khan loses, he will be the first Prime Minister to be removed through a no-trust vote. The opposition could then nominate its own Prime Minister and hold power until August 2023, by which date fresh elections have to be held. No Prime Minister has ever seen out a full term in Pakistan since its inception.