Prison reforms in Jammu and Kashmir 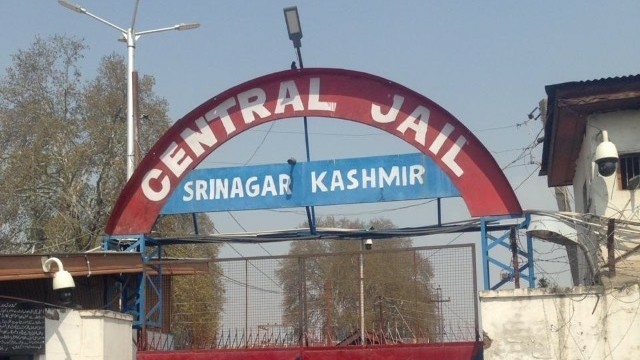 A huge barricaded gate with alert paramilitary soldiers peeping through a loophole welcomes people at Srinagar Central Jail. A person has to negotiate a maze of checkpoints and drop gates to reach the main campus. Tall walls fenced with razor wires overlook the serene complex. Soldiers lurking in iron-grilled watch towers keep an eagle’s eye on every movement. A wicket gate with a huge padlock hanging down inside a dim-lit enclosure remains heavily guarded with police and paramilitary soldiers. On the other side of the pen lies a sprawling campus with prisoners’ barracks, shopping arcade, and gymnasium.  Prisoners in small groups are scattered around the campus even as the soldiers keep a close tab on the movement.

Srinagar Central Jail is one of the biggest prisons in the Kashmir valley. From convicted criminals to under-trial militants, the jail houses more than 600 inmates. This jail has a separate facility for women inmates. For long, this jail has been in the news for all the wrong reasons.

Come 2020, this jail has been turned into a reform centre with inmates being trained in various vocational crafts besides providing them best of the facilities. From bakery unit to chain stitch centre, Srinagar Central Jail is setting a new template for reformation in Jammu and Kashmir.

In fact, Srinagar Central Jail is a part of a major prison reform plan undertaken by Jammu and Kashmir government to change the concept of prisons. Under the Jail Manual for Superintendence and Management of Prisons 2000, a prison is no more a place meant to punish criminals but a centre to reform the wrongdoers.

“The jails not only impart training in traditional vocations like carpet weaving, cloth manufacture, carpentry, blacksmith, etc. but have diversified in recent times keeping in view the employability of various trades. An effort is being made to match the trades in which training is imparted to the needs of the society so that on release from prisons these individuals can not only adjust in the society but also get gainful employment”, the prison department posted on its website.

In 2017, the Art of Living Prison Smart Programme was held in the Srinagar Central Jail to help prisoners to beat stress and tension. Nearly 80 prisoners participated in the Prison Smart Programme where the inmates were taught Yoga and Sudarshan Kriya to distress so that they overcome the mode of guilt and start living stress-free life once again.

In 2011, a team of 20 convicts was trained by the professional bandmasters of police for seven months in the jail to help them acquire the skills. Interestingly, the band was allowed to perform in social and official functions outside the walls of prison to create an atmosphere of inmate-civil society interaction in the future.

Jammu and Kashmir Prisons Department has developed a unique concept of Jail Industries, which not only engages the prisoners in various activities but allows them to earn wages.

The prison department said once there is an increase in production from Jail Manufacturing, it would be necessary to have permanent sale outlets for the products. “The products are supplied to all Jails as per requirement and to other Govt. Departments more reasonable rates. One outlet has been set up in District jail, Jammu, where the sale of manufactured goods is made,” said the department.

According to Prison Statistics India 2016, published by the National Crime Records Bureau (NCRB) in 2019, there were 4,33,033 people in prison in 2016. Of them, 68 percent were undertrials. NCRB data revealed that about 6,013 individuals with mental illness were in jails in 2016. In 2014, the National Human Rights Commission had stated that on average, a person is one-and-a-half times more likely to commit suicide in prison than outside.

On February 6, 2020, the Supreme Court ruled that every new prisoner should be allowed to make a free phone call to his family members every day. Besides, it called for modern cooking facilities, canteens to buy essential items and trial through video-conferencing.

In September 2018, the Supreme Court had appointed a Committee headed by Justice Amitava Roy to examine the various problems plaguing prisons. In its report, Justice Amitava Roy Committee said most of the prisons are teeming with undertrial prisoners, whose numbers are highly disproportionate to those of convicts.  The committee recommended that there should be at least one lawyer for every 30 prisoners.