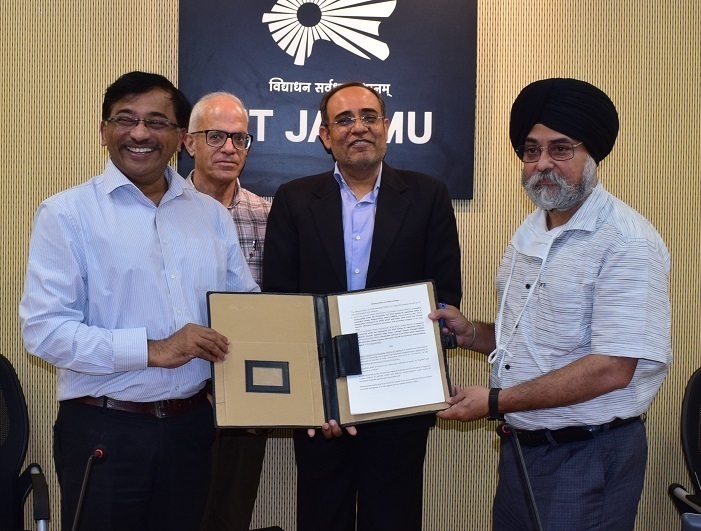 JAMMU: Consumers have a reason to smile as Jammu and Kashmir government has decided to reduce the transformer failure rate by 15 percent in a bid to provide uninterrupted electricity to consumers during winter.

The decision was taken in a meeting chaired by Principal Secretary Power Rohit Kansal. Power DISCOMS, JPDCL, and KPDCL were directed to reduce the transformer failure rate by at least 15%.

Transformer failure is a major issue in Kashmir during winters. Due to overloading, transformers develop snags. It takes days and weeks for the replacement.

Sensing this problem, Power Development Department signed a Memorandum of Understanding (MOU) with IIT Jammu for capacity building and technical advice so that the transformer failure issue is resolved and uninterrupted electricity is supplied to consumers in the valley.

Chairman JPDCL, Jagmohan Sharma, and other senior officers were also present on the occasion.

Under the MoU, IIT Jammu would help in providing an end-to-end solution for procurement, analysis, and maintenance of transformers.

IIT would incorporate smart technologies and data analyses to provide preventive maintenance, data-intensive monitoring, damage analysis, and smart metering technologies for end consumers. Real-time monitoring and e-governance facility would also be provided under the agreement. It would also facilitate the capacity building of engineers of both distribution companies and also provide smart technological interventions.

The agreement provides for undertaking research and consultancy projects, and for developing course modules for training of engineers in addition to internship opportunities for IIT students. Nominated members from the engineering institute and the distribution companies would also form Joint Working Groups for the implementation of the MoU. Experts and IT tools from the UT administration would also be provided to augment the joint efforts under the MoU.

Principal Secretary Rohit Kansal hailed the MoU as an excellent example of an Academia-government interface. He said while DISCOMS would benefit from a massive reduction in infrastructure damage rate,  the staff and students at IIT would be enriched by exposure to real-life problems.

Kansal hoped that the technical expertise would help the power corporations procure the most suitable and effective equipment. “Our aim is to provide improved and quality power supply to the end consumers while cutting down on the losses,” he said.

He also lauded the Director IIT, Manoj Gaur for his support and proactive approach.

Welcoming the move, Manoj Gaur said this would be the beginning of a long and mutually beneficial relationship. He expressed confidence that the IIT team would bring in fresh insights and cutting-edge solutions to the problems being encountered by the DISCOMS. A presentation was also made by members of the faculty as well as students on the path ahead in resolving the issues of DISCOMS.

The development of the substation is part of the ongoing infrastructural development activities at the campus. Pertinent to mention, IIT Jammu has not only developed nearly 2 lakh sq ft area in its campus but is also carrying out all its academic activities from its own campus.