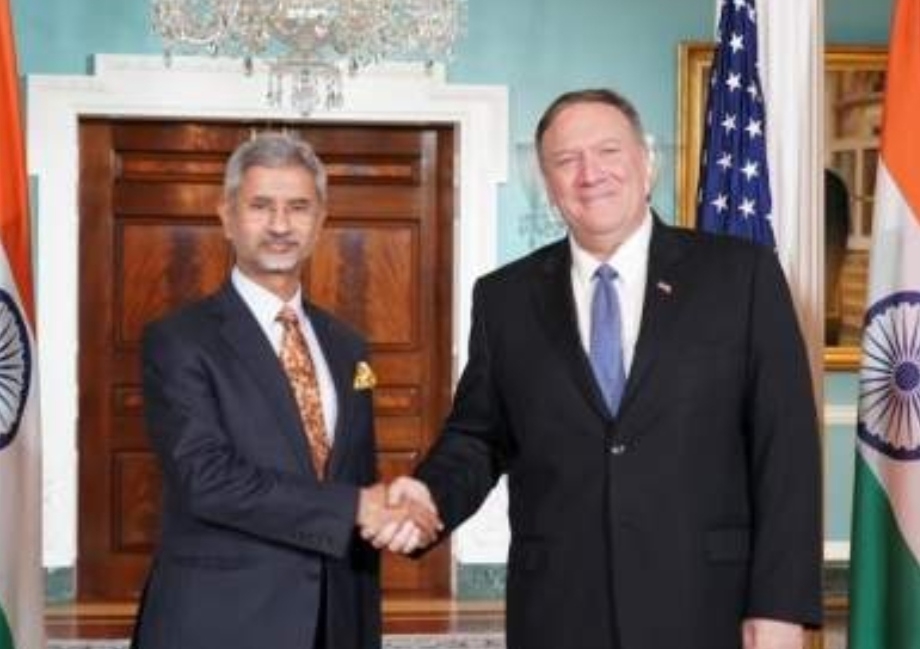 New York: India’s External Affairs Minister and US Secretary of State Mike Pompeo discussed the aggressive actions of China, while reiterating their countries’ commitment to advancing security in the Indo-Pacific region.

Although the spokesperson did not name the actor behind the “destabilising actions”, it was clear from various recent statements by Pompeo that they had China in mind.

Pompeo has repeatedly spoken of Beijing’s aggressive actions from the Line of Actual Control (LAC) in Ladakh and Bhutan in the Himalayas to the Indo-Pacific region, where it has made incursions into the territorial waters of several countries.

Brown said that Afghanistan also figured in their discussions.

An agreement with the Taliban that would allow US President Donald Trump to start pulling out troops from Afghanistan and redeem his election pledge is at a crucial phase after several hangups.

India is wary of a Taliban-US deal that would formally leave the terorrist organisation, which is beholden to Pakistan, in a power-sharing arrangement in Afghanistan.

The US, reportedly, wants India to deal directly with the Taliban.

Brown said that they discussed “ongoing bilateral and multilateral cooperation on issues of international concern, including efforts to combat the COVID-19 pandemic”.

He said that the two leaders “reiterated the strength of the US-India relationship to advance peace, prosperity, and security in the Indo-Pacific and around the globe” and agreed “to continue close cooperation on a full range of regional and international issues”.

Referring to Beijing, Pompeo said at a hearing by the Senate Foreign Relations Committee that “the claim that they now made for real estate in Bhutan, the incursion that took place in India” are signs the Chinese “are probing the world to see if we are going to stand up to their threats, to their bullying”.

“And I am more confident than I was even a year ago that the world is prepared to do that,” he said last month, while floating the “idea of a new alliance of democracies” and saying there were a lot discussions with “friends in the region” about it.