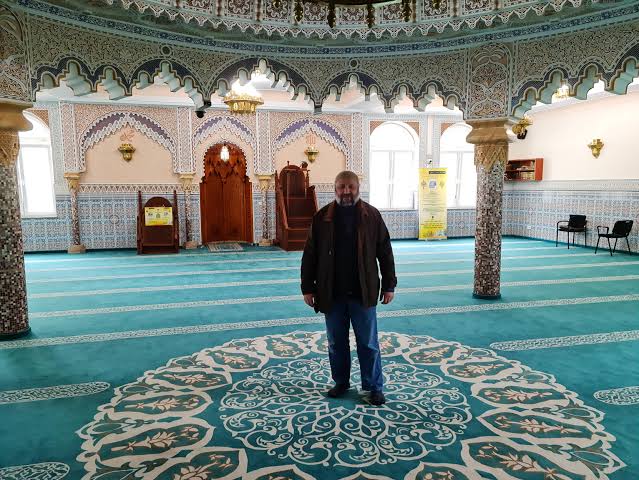 Amid rising Islamophobia, German Muslims have opened the doors of a mosque to help Ukrainian refugees.

Millions have fled the war-torn country since Russia launched the invasion.

Abu Bakr Mosque in Frankfurt’s Hausen quarter has seen several crises since it was built in 2007.

The most recent crisis has been the war in Ukraine. For Mohamed Seddadi, a 51-year-old German Moroccan who is the mosque’s administrator, it came as a surprise.

“We never would’ve thought that it could get that serious,” he said. “With a war this close, we’re needed.”

A special meeting of the members of nine mosques in Frankfurt was held. Its participants made several decisions to come to the aid of those who require it.

Since the outbreak of the war, more than 5 million refugees have left Ukraine, with more than 360,000 coming to Germany.

Many of those are from the Middle East and North Africa as Ukraine has a community of tens of thousands from the region.

Seddadi strives to provide them with whatever is possible so they can have a happier Ramadan — just as every year, the kitchen staff of the mosque prepare and cook meals for those in need.

The meals are either directly delivered to the refugee camps in town, or can be picked up by refugees in front of the mosque. To do that, Seddadi and his colleagues closely coordinate with the management of the camps.

To meet these goals, the kitchen staff must prepare 150 meals a day, a number that stretches them to their limits.

“It’s difficult,” Seddadi said. “But we can’t reject the request of anyone who is in need.” Volunteers from the neighborhood, including non-Muslims, also help.

The mosque’s openness that Seddadi values so much is evident during Ramadan as the staff delivers menus to non-Muslims from Ukraine as well. “The concept of iftar and charity is that anyone in need will get something to eat,” Seddadi said.

As the war in Ukraine drags on, he has only one wish: “It should stop as soon as possible. The pictures I see and the stories I hear are just unbearable.”