Politics, but no politics 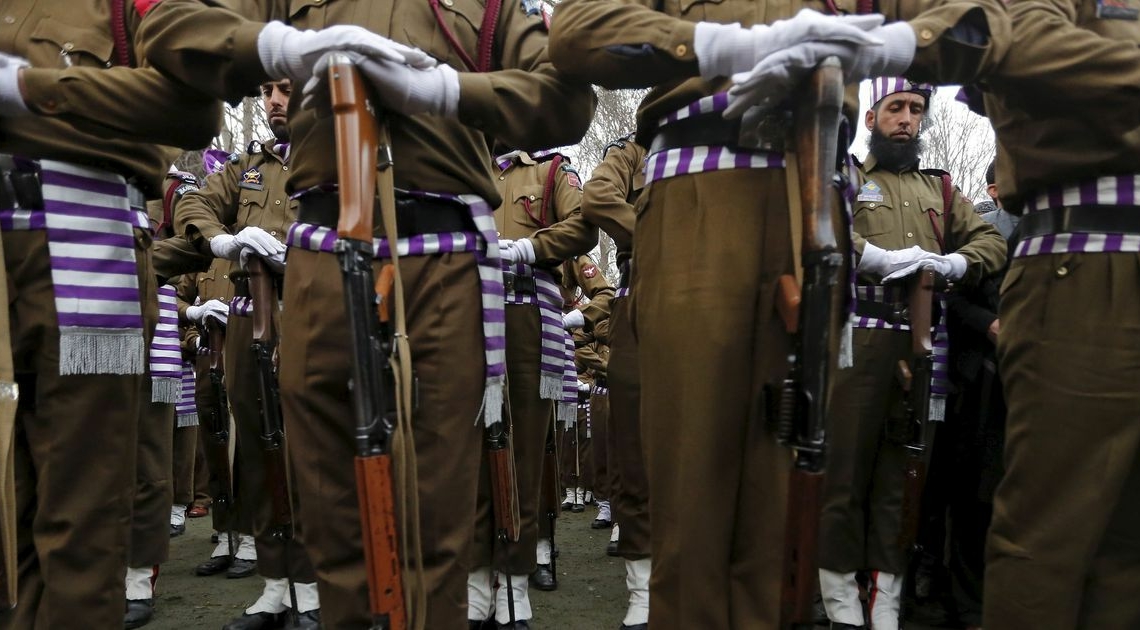 The latest terrorist outrage in Kashmir underscores the nature of the war against terror. The terrorist has to succeed only occasionally to negate, in public perception, the scores of successes security forces may have achieved in preventing or forestalling similar previous attempts. It is to the credit of the security forces, including the Indian Army, the BSF and the CRPF, that they have undertaken many successful operations in the recent past to neutralise terrorist elements before these could perpetrate lethal damage.

The number of terrorists who have been eliminated in recent operations has increased significantly. While we must identify any lapses in Standard Operating Procedures (SOP) or intelligence failures which may have enabled a major attack to be mounted against the CRPF convoy, one must acknowledge that there will always remain a possibility that someone, somewhere, sometime will manage to breach even the most forbidding of defences.

There is a limitation of resources, making it difficult to put in place the most advanced and relatively robust anti-terror measures. There is a constant compulsion to minimise inconvenience and the potential harassment of ordinary citizens. There is always a trade-off between enhanced security and the public’s freedom of mobility and access to public spaces. One may lessen risks but their total elimination is not possible. Before rushing to judgement on what may have gone wrong and fixing accountability, it is important that we do not lose sight of the complex political and security environment, particularly in Kashmir, that our forces have to operate in.

In the present case of a suicide bomber jamming his explosive-laden SUV into a CRPF troop carrier which was part of a long convoy, several points are noteworthy. The attack occurred on the Jammu-Srinagar highway, which is the only major artery leading into the Valley. This is used by civilians as well as the security forces. To close off the highway whenever it is being used by security forces is simply not feasible. It would have an adverse impact on the state’s economy. This compulsion created the opportunity for the explosive-laden SUV to drive alongside and jam into one of the CRPF vehicles. Could the troops have been moved by air instead? Yes, but this would have been a major expense and if included in the SOPs for the future, will necessitate a huge increase in the security budget.

The use of a suicide bomber for the operation, and that too, a local youth, is ominous. It represents a deliberate escalation and points to growing radicalisation of Kashmiri youth.

There is talk of intelligence failure. Those familiar with intelligence work know that the agencies are inundated daily with a large volume of information picked up from human and electronic sources, including communication intercepts. Intelligence alerts may be issued on this basis but alerts are not the same as precise intelligence indicating the place, time and nature of a planned attack and who may be intending to carry it out. In the present case, too, there were vague “alerts”, but to allege intelligence failure because these alerts did not lead to apprehension of the attacker before he carried out his murderous attack, may be misleading.

Being aware of the very real limitations, technical and political, under which security forces operate, one must be prepared to deal with a likely breach. Our reaction when that happens should be balanced and nuanced. Morale should not be undermined by the failure to prevent one such incident when many more successes have been achieved. Additional measures should be put in place but only after careful evaluation rather than as a knee-jerk reaction. Nor should additional measures put even more onerous restrictions on normal daily civilian life.

The deteriorating security situation in the Kashmir Valley cannot be delinked from the abdication of political responsibility by successive governments in Delhi. The security forces have repeatedly restored relative peace and stability enabling political processes to be activated and more enduring political solutions to be found. But each time, relative peace has only bred complacency in the political leadership creating the setting for renewed bouts of violence and local disaffection. In a highly polarised pre-election environment, political parties must not engage in a high-decibel blame game. They must come together to deal with what is a festering wound which could spread its toxin in the entire body politic.

What is happening in Kashmir and in other disturbed parts of India is only the more acute manifestation of a national malaise whose symptoms are rising communal, parochial and sectarian confrontations which often erupt into brutal violence. While the state has to deal with such violence and restore safety and security, the only sustainable answer is addressing, through constitutionally-mandated political processes, underlying political, economic and social grievances that are drivers of these multiple mutinies. To treat each such manifestation as a law and order challenge is to enmesh the state in an action-reaction process where violence born out of disaffection and state suppression follow in mutually escalating and destructive steps.

Kashmir cannot be isolated from the rest of India and its alienated population brought to heel through imposition of ever stricter security measures. To accept this logic is to open the door to citizens in other parts of the country being subjected to the same oppression in the name of safeguarding the state if they express dissatisfaction and dissent.

The Jaish-e-Mohammad (JeM) based in Pakistan has claimed responsibility for the latest attack. There are already demands that Pakistan be punished for aiding and abetting the terrorist group in undertaking cross-border attacks against India. This could take the form of another round of “surgical strikes” and/or heavy artillery fire directed against Pakistani targets much like what we witnessed after the Uri terrorist attack.

There will be renewed attempts to mobilise international opinion against Pakistan on the terrorism issue, including by persuading China to withdraw its objection to declaring JeM leader Masood Azhar a global terrorist at the UN. We should bear in mind their failure so far to change the strategic calculus in Islamabad. Will more of the same work, and if significant military escalation is proposed, can the inevitable risks be contained and managed?

We must also acknowledge that external forces will continue to exploit the disturbed situation in Kashmir to undermine India’s security. What we need is a strategy which takes into account both the domestic and external dimensions of the Kashmir issue. Unless a security perspective is accompanied by a willingness to use democratic political processes to chart a path towards normalcy in the state, the precious lives sacrificed by the security forces will continue to be in vain.