Police provided intel of IED attack a week ago 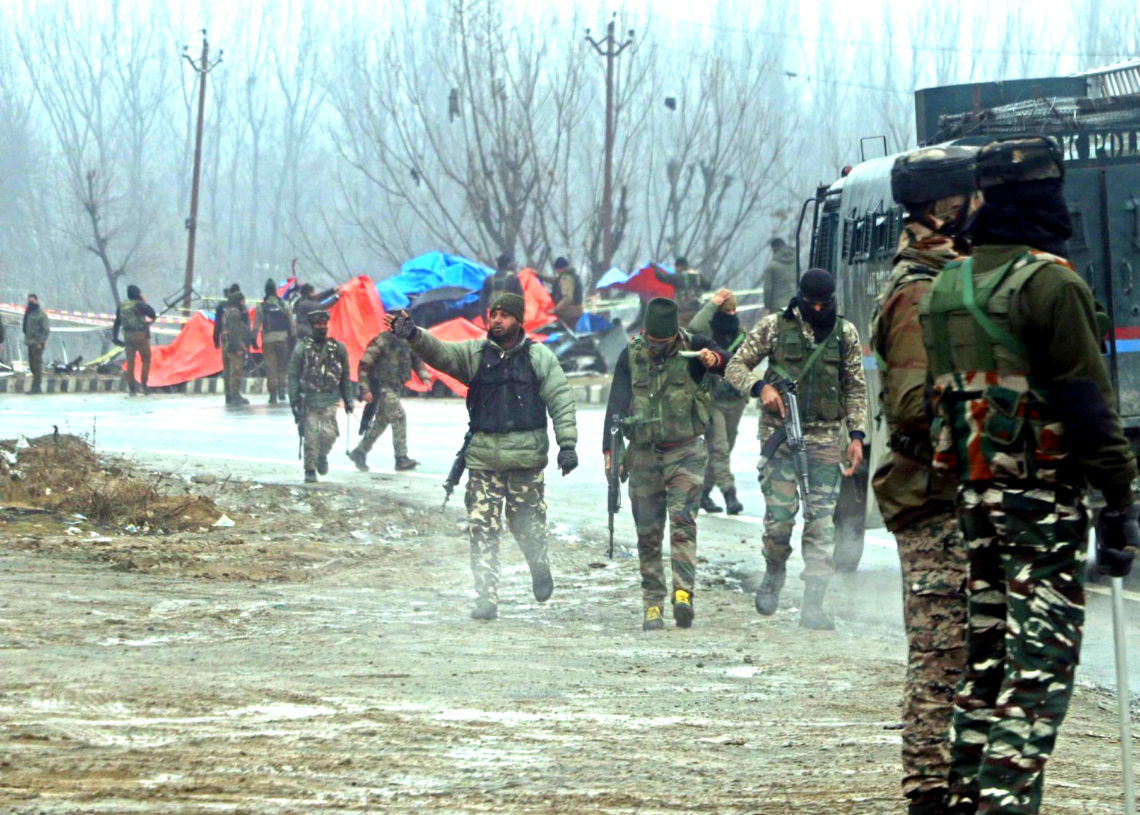 New Delhi, Feb 15: The Kashmir Police on February 8 had sent an intelligence input to the CRPF, BSF, ITBP, SSB, Army and the Air Force warning of a possible IED attack, according to a letter written by the state police Inspector General.
It is not known why despite the early warning, the CRPF allowed its 78-vehicle convoy carrying 2,547 security personnel to go from the transit camp in Jammu to Srinagar — a 270-km stretch.
In the worst-ever attack since militancy erupted in the state, 49 CRPF personnel died and many others were injured on Thursday afternoon when a suicide bomber belonging to Jaish-e-Mohammed rammed his vehicle packed with improvised explosive device (IED) into a bus carrying Central paramilitary force personnel.
The intelligence input, sent on behalf of the Inspector General of Police, Kashmir, asked all security agencies to “sanitize areas properly before occupying your place or deployment as there are inputs that IEDs could be used”.
Marked “Extremely Urgent”, the letter accessed by IANS, was marked to the Deputy Inspector General of Central Reserve Police Force, South Srinagar; DIG CRPF, North Srinagar; DIG CRPF North Kashmir, Baramulla; DIG CRPF South Kashmir, Awantipora; DIG CRPF South Kashmir, Anantnag; DIG Sashastra Seema Bal, South Headquarters (Special Operations) Kashmir and all Senior Superintendents of Police of Kashmir zone.
The information was also shared with Inspector General, CRPF, Kashmir operations sector, IG CRPF, Srinagar sector, IG Border Security Force Headquarter Kashmir, all range Deputy Inspector Generals of Police of Kashmir zone, Brigadier General Staff (operations) at the Srinagar-based 15 Corps, the DIG Indo-Tibetan Border Police (ITBP), the Air Force, , the Commandant Central Industrial Security Force (CISF) and SSP, Armed Police, Control Room Srinagar.
The letter also mentioned that it should be for “all concerned”.
A suicide bomber, affiliated with JeM group, rammed his SUV packed with explosives into a CRPF bus on the Srinagar-Jammu highway in Pulwama district, killing 49 troopers and leaving the security established stunned. The incident took place around 3.15 p.m., triggering a deafening explosion.
The JeM later claimed responsibility for the attack and released a video clip of the suicide bomber, a ‘commander’ identified as Adil Ahmad Dar, which it claimed was shot before the young man carried out the strike in Lethpora, about 30 km from here.
So devastating was the attack — one report spoke of 200 kg of explosives, including probably RDX, packed into the SUV — that the CRPF bus was left in a mangled heap, many of its occupants losing their limbs.
CRPF officials said the bus which was the main target of the militants was completely destroyed while another CRPF vehicle was partly damaged. “It is difficult to believe how anyone in that bus could have survived,” said a police officer.
This is the worst single attack in Jammu and Kashmir since militancy began in 1989. It is also the worst attack carried out by militants after the one on the Uri Army camp on September 18, 2016 left 19 soldiers dead.
Officials said the reason why so many CRPF personnel were on the move at one go was because the Srinagar-Jammu highway had been shut for the past two days due to bad weather. The convoy left Jammu before dawn. (IANS)