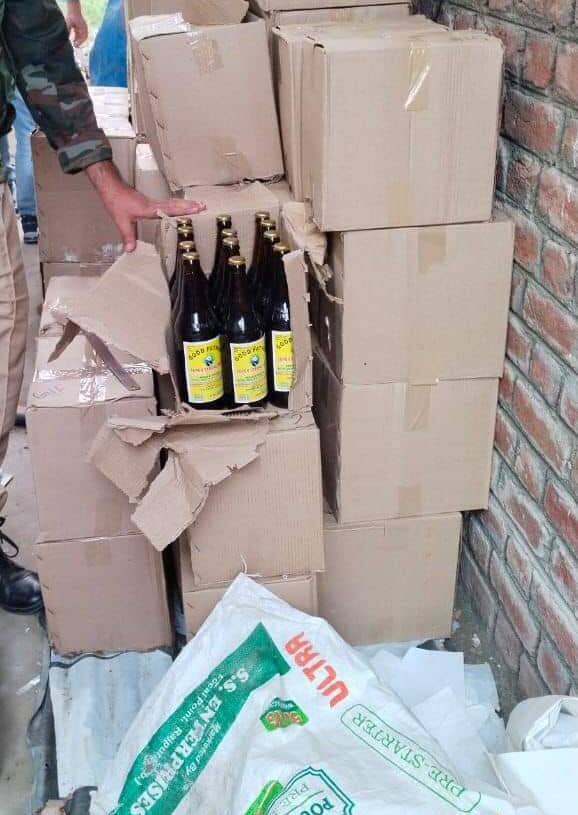 Srinagar Police have busted an illegal beer distillery in the Khunmoh area of Srinagar.

Police said information was received from reliable sources that a factory in Khunmoh is involved in the illegal manufacturing/processing of Beer.

During the search large quantity of beer bottles were recovered and seized on the spot by the concerned officials. The machine used in the manufacturing process has also been seized.

A case under section 420,465,468 IPC and Excise Act 50 has been registered in Police Station Panthachowk. Police said an investigation has been set into motion.