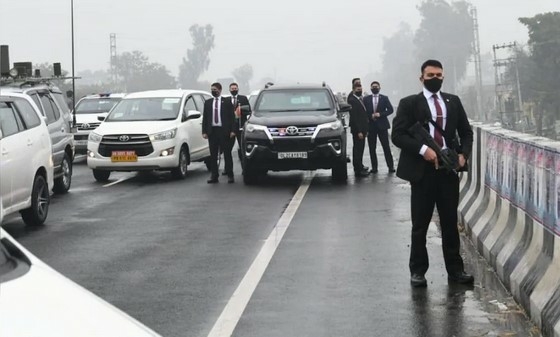 SRINAGAR: Under fire for laxity, the Punjab government has submitted a report to the Ministry of Home Affairs on Prime Minister’s security breach.

Prime Minister Narendra Modi survived a major security scare when he had to spend 20 minutes on a Punjab highway that was blocked by farmers.

Punjab Chief Secretary Anirudh Tewari submitted a report detailing the sequence of events leading up to the security breach.

Sources said the Punjab government has told MHA that they have lodged an FIR and a committee has been constituted to probe into the incident.

The government has said they had did not have prior information about the change in the PM’s route.

Bluebook lays down rules for PM’s protection. The PM’s plan is shared in detail with the state’s top leadership including the Chief Minister, Home Minister, and police chief. The advance liaison team meets at least a month before the visit and there is a 48-hour security drill.

SPG coordinates with the state police and other officers for a security plan and all routes are sanitized.