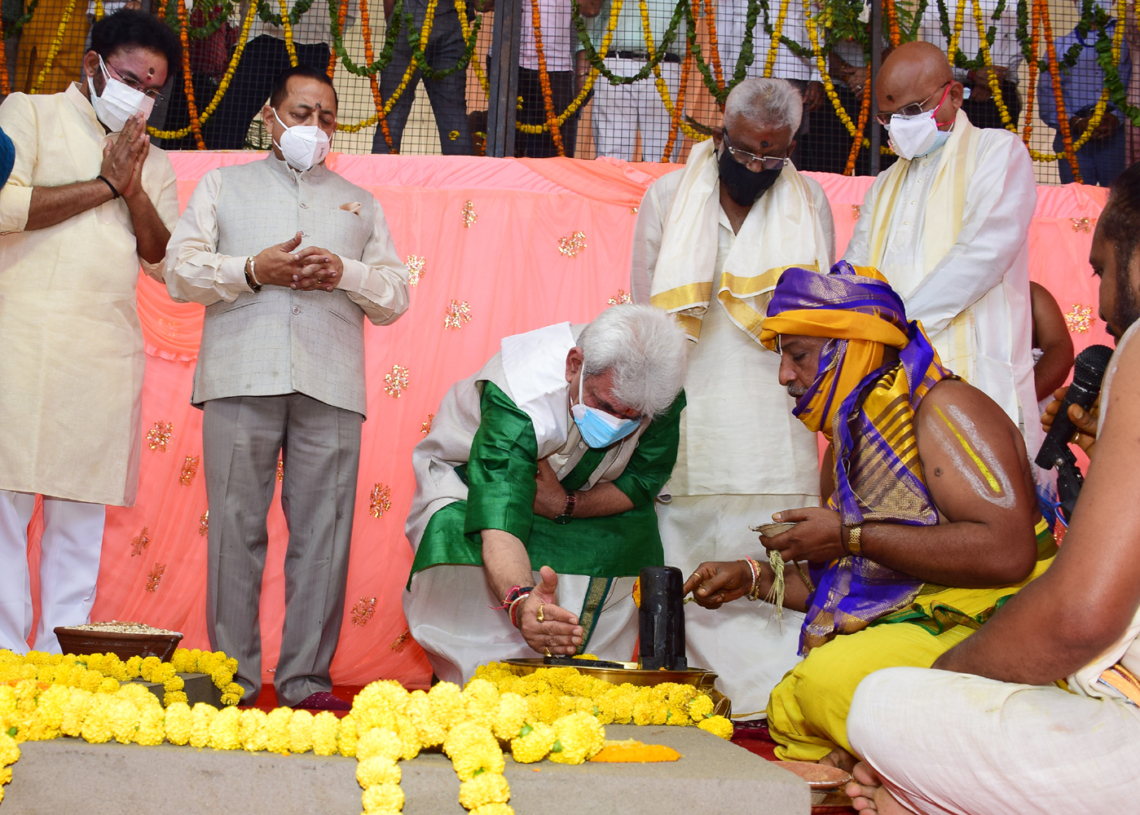 Singh was in Jammu for the foundation stone laying ceremony of the Tirumala Tirupati Devasthanam Sri Venkateswara Swamy temple.

“The prime minister is taking a personal interest in the equitable development of Jammu and Kashmir and the government headed by him takes every care to ensure that every region, including Jammu, receives its due share of central resources,” Singh said after participating in the ‘Bhoomi Pujan’ and the foundation laying ceremony for the temple.

The minister of state in the Prime Minister’s Office (PMO) said the establishment of the temple will open new vistas for the Union Territory’s Jammu region.

He said the entire Jammu region is known as the land of temples and today, to this series of landmarks of faith, beginning from the Mata Vaishno Devi shrine to the Shri Raghunath ji temple, a new milestone of faith has been added in the name of Lord Balaji.

“I am sure, this will herald the auspicious beginning of a new era marked by peace and prosperity, and also signal the beginning of the end of the long drawn Covid pandemic,” the minister said.

Singh said the Tirumala Tirupati Devasthanams (TTD) board is known for its reputation of holistically developing a place acquired by it and going beyond establishing the place of worship to provide health, education and livelihood facilities.

The TTD manages the hill shrine of Lord Venkateswara at Tirumala-Tirupati in Andhra Pradesh.

“To that extent, this also marks the opening of new vistas for the Jammu region,” he said.