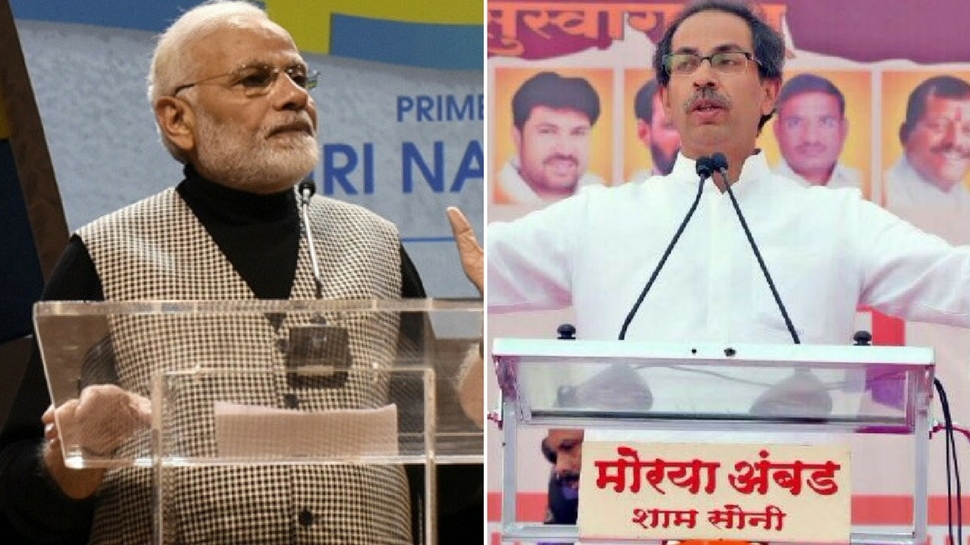 Mumbai: The Shiv Sena denounced Prime Minister Narendra Modi for speaking about domestic issues on foreign soil and said he is coming back “empty-handed” from the UK which has given shelter to fugitive businessman Vijay Mallya. The Uddhav Thackeray-led party said one may have a deep dislike for the Congress or the Gandhi family, but speaking about domestic issues on foreign land does not befit anybody.

The regional party said Modi should follow the advice of his predecessor Manmohan Singh and speak more often. “(Former PM) Manmohan Singh has advised Modi to speak more often and to speak on time. He has also said that Modi’s advice to him when he was the prime minister is now applicable to him as well,” the Sena said in an editorial in party mouthpiece ‘Saamana’.

The former PM was quoted as saying that Modi should follow the advice he gave him when he was in office – that is to speak more. “The advice given by Manmohan Singh is only fair. Except bhakts (Modi supporters), who are flying in the air, the whole country feels the same. However, what Manmohan Singh said was only a half truth. Modi may become a ‘mauni baba’ (mute spectator) in India, but he talks abroad,” it added.

The Marathi daily said Modi probably thinks it’s better not to speak in his own country as he feels nauseated with the happenings here. Taking a jibe at Modi, the Sena said if one wants to see the PM speak, the country’s capital will have to be taken to London, New York, Tokyo, Paris or Germany. If that is not possible, like in movies, a “set” of national capitals would have to be constructed in foreign locales, the Sena publication said.

“The PM has spoken about rape cases (in India) in London. This is part of his sensitive mind. He is emotional and there are sparks in his mind against injustice, and we are seeing the sparks turn into flames on foreign land. Is it right for the prime minister to speak on an issue like rape on foreign land? Why speak about the insulting incidents abroad?”

“Why should a picture of prevalent corruption, rape incidents and an insecure country should be painted outside?” it questioned and added that on a visit to Japan, Modi had spoken about black money and corruption in India. You may have enmity with the previous regime. You may also have a deep enmity with the Congress or the Gandhi family… Speaking about the incidents occurring in the country on foreign land does not befit anybody,” the Sena said.

Diamond trader Nirav Modi looted the country and fled, and Mallya is in London itself, but “our prime minister goes to the country that has given him shelter and comes back empty-handed”, it said.

Nirav Modi is a key accused in the multi-crore PNB scam, while Mallya is wanted in a loan default case.

“However, bhakts do not want to comment on this. Now, Manmohan Singh has started speaking, while Modi has become mute. This can only be considered as revenge taken by fate against the BJP. Rahul Gandhi (Congress chief) asks for a mere 15 minutes to silence Modi. This is a proof that Modi has become like Manmohan Singh,” the Sena said.

The party is part of the BJP-led governments at the Centre and also in Maharashtra.