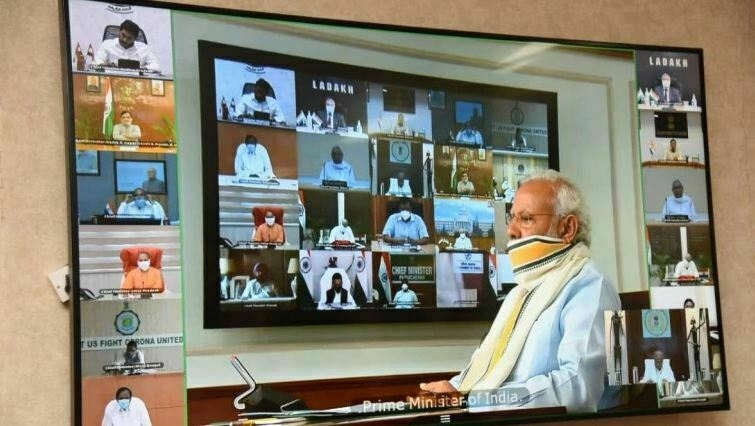 New Delhi: Prime Minister Narendra Modi on Monday held a fresh round of meeting with chief ministers — his fifth meeting on the Covid-19 pandemic — to discuss the post-lockdown strategy and ways to ramp up economic activity. The general sentiment in the government appears to be against rolling back the relaxations towards a gradual un-lockdown. The third phase of the lockdown will end on May 17.

Unlike previous meetings where only select CMs were shortlisted to speak, this time all CMs were given an opportunity to share their opinion.

In a meeting on Sunday, state chief secretaries had called for a calibrated stepping up of economic activities in a video conference with the cabinet secretary. The Central government is, however, still undecided on lifting the lockdown completely.

Citing instances of crowding when some states opened up liquor shops, an official said, “At times, it is not the virus as much as community compliance that is a problem. This raises alarm bells over compliance with social distancing norms when the lockdown is fully lifted,” said the official underlining the government’s cautious approach. It is most unlikely that shopping malls, cinema halls and restaurants would be opened or gatherings like weddings and political meetings permitted, for an extended period.

Following the last interaction with CMs on April 27, the Centre had extended the lockdown till May 17. However, the government had announced considerable relaxations in green and orange zones, including movement of private and public transport within a state, and further opening up of the economy.

The nationwide lockdown has been in force since March 25 to contain the spread of the virus, which has killed more than 2200 people, and afflicted more than 67,000 in the country.