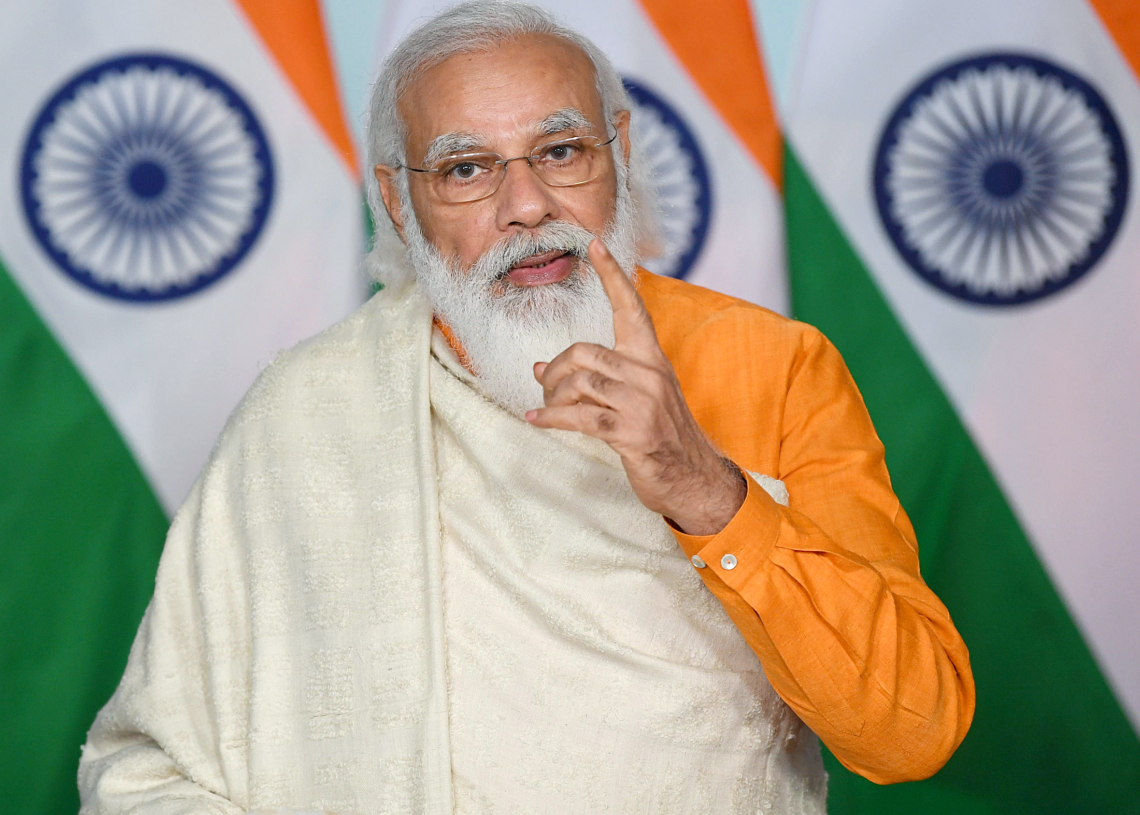 Shahjahanpur: Prime Minister Narendra Modi on Saturday coined a new slogan “UP plus Yogi — bahut hai upyogi — U.P.Y.O.G.I.” (Uttar Pradesh plus Yogi Adityanath is very useful), ahead of the 2022 Assembly polls in the hindi heartland.

Laying the foundation stone for the state’s longest 594 km long Ganga Expressway by pressing remote, the Prime Minister said when the whole of UP grows together, the country also progresses.

Focus of the double engine government is the development of the state, he asserted.

“With the mantra of Sabka Saath, Sabka Vikas, Sabka Vishwas and Sabka Prayas, we are making sincere efforts for the development of UP,” he added.

A 3.5 km long air strip for assisting emergency take off and landing of Air Force planes will also be constructed on the Expressway in Shahjahanpur. An industrial corridor is also proposed to be built along the Expressway.

The Expressway will also give a fillip to multiple sectors including industrial development, trade, agriculture, tourism etc. It will provide a big boost to the socio-economic development of the region.

Attacking the opposition parties, Modi said few parties have problem with work at the heritage sites and development of the country.

He recalled the abysmal law and order situation in the state during previous governments and said that it has changed for the better in recent times.

“Today, when bulldozer is used against assets of mafia, their masters feel the pain,” Modi said.

The same sentiment is reflected in our agriculture policy and Under PM Samman Nidhi, money is directly transferred to accounts of small farmers.

Earlier, during medical emergency at night, people of Shahjahanpur and Hardoi had to rush to Lucknow, Kanpur and Delhi. It did not have medical facility and road, but today, it has medical college and better road connectivity.

Remembering the bravehearts, Modi said: “Tomorrow is the Martyrdom Day of Pandit Ram Prasad Bismil, Ashfaq Ullah Khan, Thakur Roshan Singh. These three sons of Shahjahanpur, who challenged British rule, were hanged on December 19. We owe a huge debt to such heroes who laid down their lives for the freedom of the country.”