PM Modi bats for privatisation, says Govt has ‘no business to be in business’ 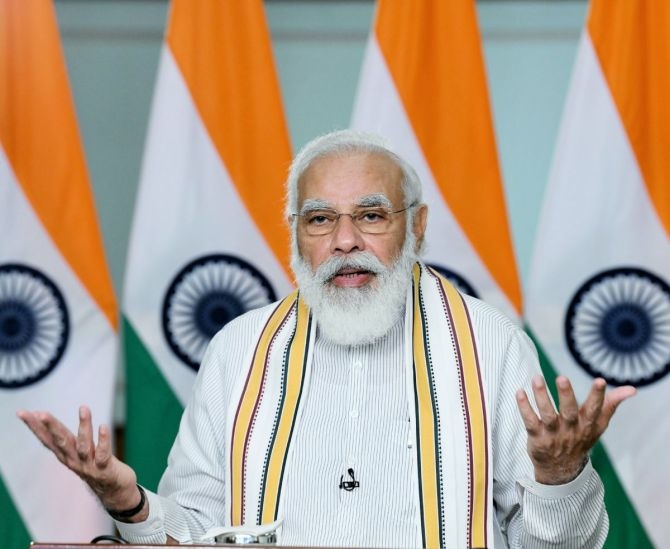 Prime Minister Narendra Modi on Wednesday said the government has “no business to be in business” and his administration is committed to privatising all PSUs barring the bare minimum in four strategic sectors.

The PM’s remarks lay a roadmap for privatisation of state-run companies and also inviting the private sector for investments in India’s asset monetisation plans.

Addressing a webinar on the effective implementation of Budget provisions in disinvestment PM Modi said, “The government has this vision to support the country’s enterprise and business, but the government itself running the enterprise or continue to be its owner is something that is not needed in this age. Neither it is possible.” He further added that the government has no business to be in business and should focus on welfare schemes and developmental projects.

He added that there are a lot of loss-making PSUs, which is becoming a burden to the economy. Further pushing for privatisation, he said that in terms of taking commercial decisions, the government has many limitations, as people may be worried about procedural and legal roadblocks.

Regarding asset monetisation, he said that the government has zeroed in on 100 assets as part of its asset monetisation pipeline, which will open up investment opportunities to the tune of Rs 2.5 trillion for the private sector. Major players from the private sector including sovereign pension funds, investment banks, Niti Ayog chief executive officer Amitabh Kant and secretaries of 14 ministries were part of the webinar.

Modi added that the government will be having public sector companies only in key strategic sectors and that too only minimum companies. The Budget also proposed the monetisation of land and non-core assets of various departments and ministries too. The divestment target for the upcoming financial year was set at Rs 1.75 lakh crore.

India has already lined up Rs 111 trillion national infrastructure pipeline in which private sector investments may come to around $25 trillion. “These infrastructure projects will bring jobs and boost demand in the country,” he said. He added that in recent months FDI inflow in India has increased owing to FDI-friendly policy and production linked incentive scheme.