‘Pleaj’: Gulzar’s comeback song in `Darlings’ brings out his quirky side 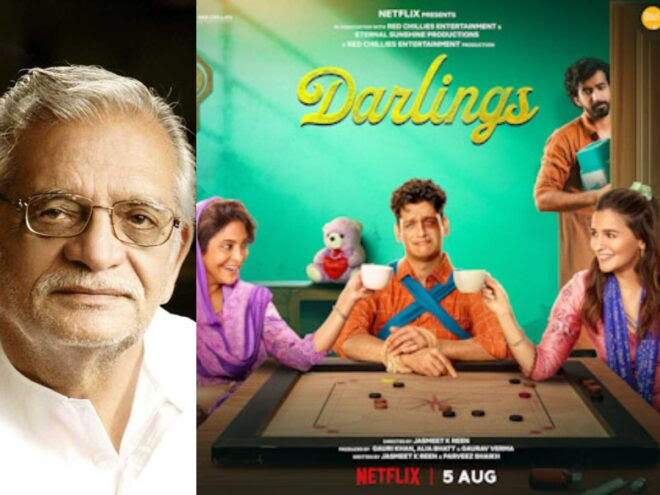 ‘Pleaj!’ is penned by none other than Gulzar, who is known for his versatile range but a little-known fact about him is his quirky nature and innate perceptiveness. Reen had a learning experience working with this octogenarian lyricist who has almost close to 150 lyricist credits to his name.

Speaking about working with Gulzar, Reen said: “There was a certain kind of quirk that was required for ‘Pleaj’! and Gulzar Saab almost cracked the song instantaneously. He reads the script, understands the director’s vision, narrates the lyrics himself, and is extremely perceptive about whether you like it or not”.

She added, “There was one word which I had asked Vishal Bhardwaj Sir later if he liked the choice of the word or should we look for options? And Vishal sir said even Gulzar Saab was saying that he could see that Jasmeet is unsure about it.”

“And Vishal sir continued to tell me that Gulzar Saab already wanted to discuss options with me. Also, conversations with Gulzar Saab were a learning experience and too much fun. He has a director-friendly approach and did not make me feel like a debutant even for an instance”.

Speaking about the music of the film, she continued: “There is another song called ‘Lailaaj’. We wanted a song for a perfectly flawed love, a relationship that is broken but for you, it is all you want. Gulzar Saab and Vishal Sir gave us this word, Lailaaj. ‘Dil Humara laailaaj hai’ “

Vishal Bhardwaj has composed the music and Gulzar penned the lyrics. The film is produced by Red Chilies Entertainment and Alia Eternal Sunshine Productions.