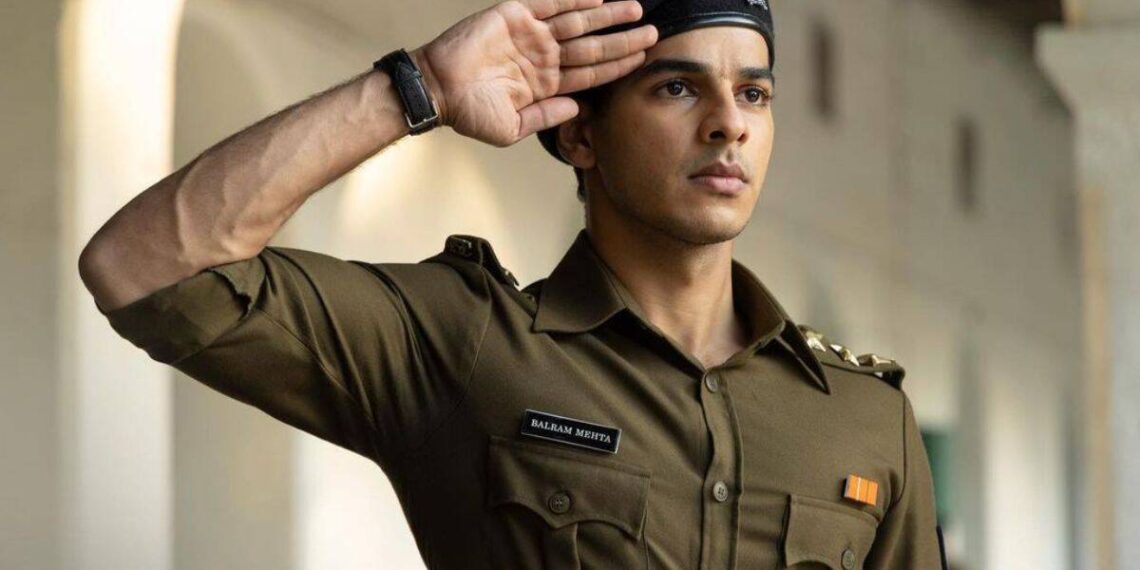 Actors Ishan Khatter and Mrunal Thakur’s upcoming film Pippa’s teaser was released on the occasion of 75th Independence Day. Ishaan looks fearless in the teaser where he plays the role of Captain (later Brigadier) Balram Singh Mehta who fought in the Indo-Pakistan war of 1971.

Ishaan took to Instagram, where he shared a glimpse of the teaser and wrote: “PIPPA in cinemas December 2nd, 2022. On the momentous occasion of our country’s 75th Independence Day – presenting a glimpse from a film we’ve collectively put our heart, gut and soul into. The film’s title ‘Pippa’ refers to the Russian amphibious war tank PT-76 that was used in the war.

“May our soil, our people and our culture be blessed always. It’s been an honour to represent the valour and bravery of our defence forces. More to come.”

‘Pippa’, produced by RSVP and Roy Kapur Films, is now bound for theatres on December 2, 2022 — a week earlier than previously announced.

‘Pippa’ is based on ‘The Burning Chaffees’ written by Brigadier Balram Singh Mehta. Directed by Raja Krishna Menon, the first-of-its-kind war tank film brings to life the Indo-Pak war of 1971 that led to the liberation and birth of Bangladesh.

Ishaan will be seen essaying the role of the young brigadier, who played a vital role fighting the war on the eastern front as a part of the 45th Cavalry tank squadron.

Raja Krishna Menon says: “On our 75th Independence day, we are very excited to share with all of you a teaser of ‘PIPPA’. It’s a small glimpse into the film we have been working on and carefully nurturing.”

Producer Ronnie Screwvala says, “PIPPA set in 1971 against the backdrop of one of the largest refugee migrations in modern history that then led to the liberation and formation of a Country is a story that must be told and we can’t wait to unravel the scale of this epic movie to audiences world-wide on 2nd December 2022”

“The Bangladesh Liberation War is often heralded as the only ‘just war’ in history because it was fought to save lives and to free a nation. We are honoured to bring audiences this inspiring story of the birth of Bangladesh, through the incredible journey of an Indian family on the frontlines,” Producer Siddharth Roy Kapur added.