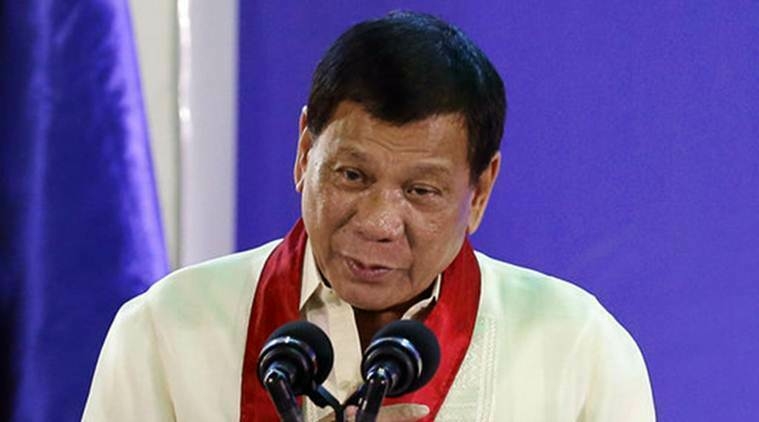 FILE - In this Aug. 2, 2017 file photo, Philippine President Rodrigo Duterte speaks during the 113th Founding Anniversary of the Bureau of Internal Revenue in metropolitan Manila. The Philippine president says he became a local millionaire at a young age due to inheritance and reiterated he has no unexplained wealth as alleged by his leading critic, who questioned his claim that he was born into an impoverished family. (AP Photo/Aaron Favila, File)

Manila: One of the founding members of a Philippine lawyers’ group at the forefront of opposing President Rodrigo Duterte’s lethal war on drugs was gunned down Tuesday, killed by three bullets as he was leaving his office for the night.

The lawyer, Benjamin Ramos, 56, was the 34th lawyer killed since Duterte became president two years ago. His group, the National Union of People’s Lawyers, specialized in doing no-cost work for poor clients whose families have been targeted by police, soldiers and death squads associated with the president’s drug war.

“We are shocked, devastated and enraged at the premeditated, cold-blooded murder of our colleague and fellow people’s lawyer,” said Edre Olalia, a leader of the group. “We are disturbed and unbowed. These are dangerous times.”

Initial police reports said that Ramos had just finished work when he was shot by motorcycle-riding men near the central town of Kabankalan on Tuesday night. He was declared dead on arrival at the hospital.

The lawyers’ group said his work had angered local policemen and the military. His picture was recently included by the local police in a list of people accused of having ties to the underground communist movement, a claim the group has denied.

Jose Manuel Diokno, a human rights lawyer for another organization, the Free Legal Assistance Group, said he was outraged by the killing.

“I join the calls for the police to conduct an impartial and thorough investigation, to find the motive, the gunmen and the mastermind,” Diokno said in an interview, urging the Justice Department to take the lead in the inquiry. “I ask my fellow lawyers who fight for what is right and just to continue and not be cowed.”

In a speech in August 2017, Duterte told the national police not to be daunted by rights lawyers investigating the thousands of deaths of what he called drug addicts and dealers.

“If they are obstructing justice, you shoot them,” Duterte instructed police, referring to lawyers. (The president, himself a lawyer, began his political career as a prosecutor.)

He often carries a list of the names of dozens of judges, members of the armed and police forces as well as of local politicians he claims are protecting drug suspects.

Duterte has not publicly divulged how he came up with the list, although at least three mayors whose names appeared on it have been killed. Eight other mayors were also gunned down in suspicious circumstances. One of them was killed last year in a raid that left his wife and 10 other people dead. Another mayor was fatally shot during a flag-raising ceremony in July.

Olalia said that some members of the National Union of People’s Lawyers had received threats, and had been labelled by police and the military as sympathetic to the political left, in “open contempt of basic principles of the role of lawyers in democracy.”

He said a colleague investigating abuses against women and children, Katherine Panguban, had recently been criticized by police for leading a fact-finding mission into the killings of nine farmers in the central city of Sagay.

a statement. “We demand an impartial investigation into Ramos’ murder and the many other attacks against lawyers in the Philippines and that the authorities bring the perpetrators to justice.”