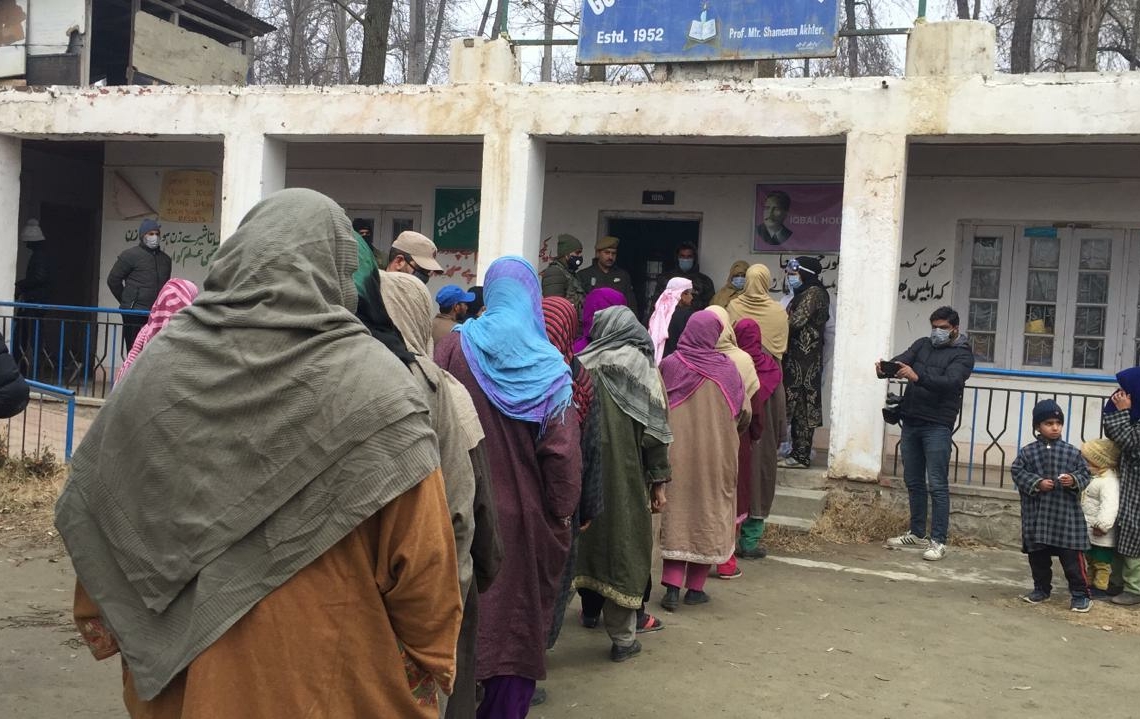 “The elections to the Block Development Councils (BDC) and District Development Councils (DDCs) in Kashmir were conducted peacefully and successfully in 2019 and 2020 respectively. There was an enthusiastic participation of the people,” said Minister of State in the Ministry of Home Affairs Nityanand Rai, in a written reply in the Lok Sabha. The minister said that there was a turnout of 98.29 per cent in BDC elections and 51.42 per cent in the DDC elections.

Notably, the People’s Alliance for Gupkar Declaration (PAGD) swept the first-ever District Development Council (DDC) polls held in December 2020 in Jammu and Kashmir after the revocation of Article 370. A year before, in 2019, a high turnout of 98.29 per cent was witnessed despite the National Conference, Congress and Peoples Democratic Party (PDP) boycotting the electoral exercise.

The government said that it has taken several steps to boost the development of Jammu & Kashmir. “During the year 2020-21, 1289 road construction works were completed at a cost of Rs 1638 crore. The construction work of 14500 km of roads has been completed so far under the Pradhan Mantri Gram Sadak Yojna, which has connected about 2000 places,” the Minister said.

Listing several developmental activities, Rai stated that an international flight from Srinagar to Sharjah was started on October 23. In addition, night flights from Jammu and Srinagar have also been started. He informed that under the fast-track recruitment, 20,323 posts are being filled by the Jammu & Kashmir Services Selection Board. The 2119 selections for gazetted posts have been made by the Jammu & Kashmir Public Service Commission in various departments.