PDP delegation calls on Vohra to defend Article 35A 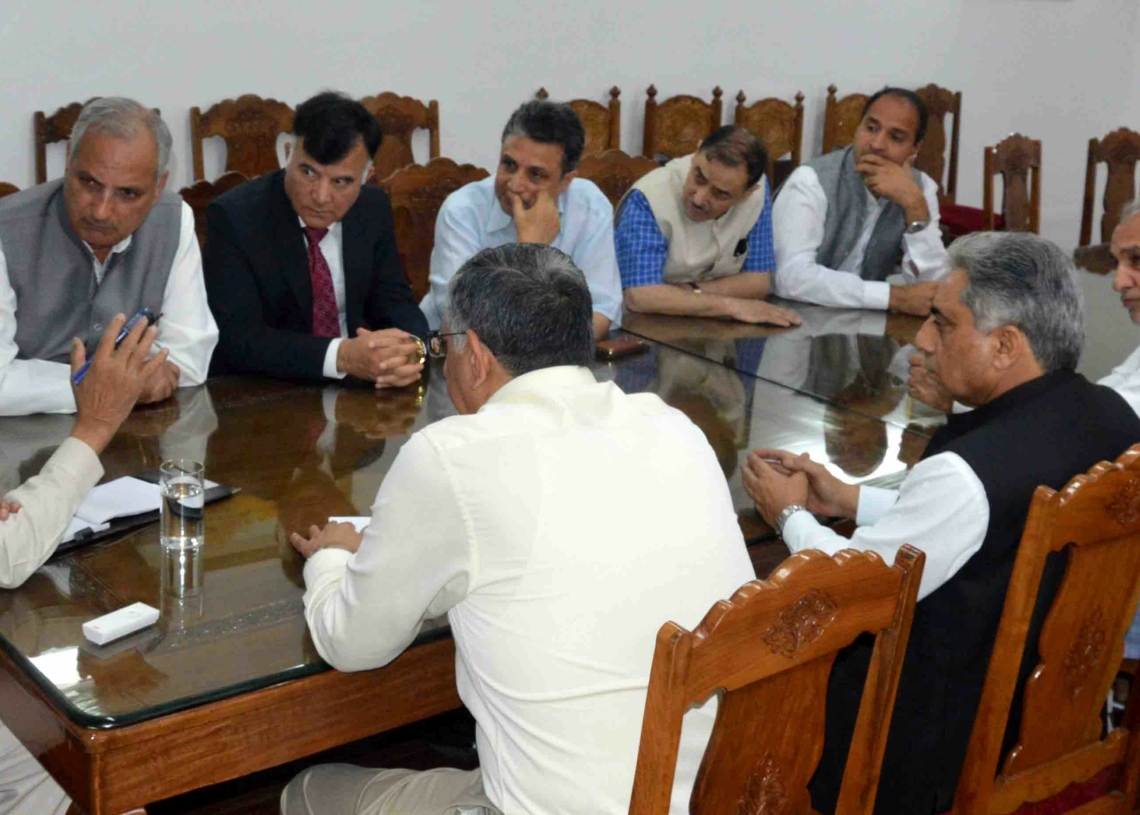 Srinagar, August 16: A delegation of PDP led by Abdul Rehman Veeri, former Minister, met Governor N.N. Vohra at the Raj Bhavan today.
The delegation expressed concerns relating to the legal challenge to the Article 35 A of the Indian Constitution; raised issues relating to the security concerns of their Party members arising from threat of attacks on its leaders and workers; up – gradation of schools and creation of new colleges as decided by the outgoing government; engaging unemployed youth who had been given training in the tourism and floriculture sectors; need for conservation of Dal and Wular Lakes; and allowing ERA to also handle World Bank aided projects.
The delegation thanked Governor on his decision to hold the long overdue elections to the Urban Local Bodies and Panchayats.
Governor urged the PDP delegation to raise awareness about the vital importance of the forthcoming elections to empower people and establish urban and rural self- governing democratic bodies.