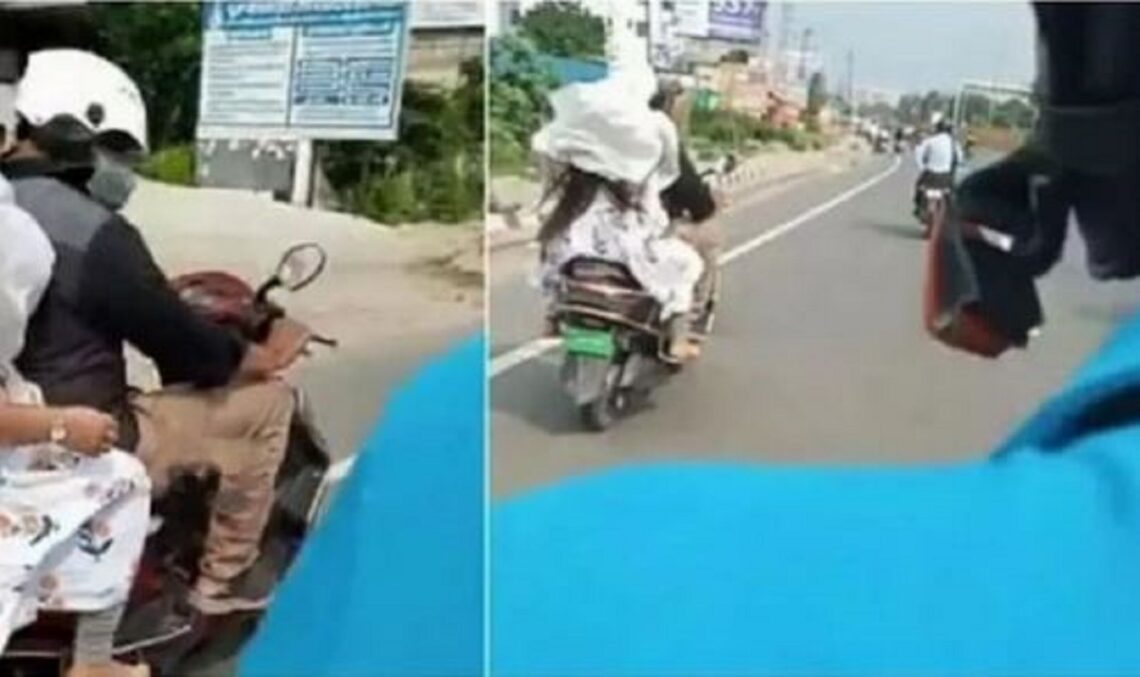 A husband caught his wife roaming on the streets of Agra with her lover. The couple has been married for 10 years and has a daughter. The man had found out that his wife was having an affair with a businessman. They even fought over the issue.

On Sunday, when the wife left the home without informing, the husband decided to go and search for her along with their daughter. He spotted his wife on a scooty with another man near Kailash Mandir road. The high-voltage drama that unfolded publically was caught on camera and the footage has gone viral. The husband slapped his wife’s lover multiple times before the police intervened. Both the men were fined for causing disturbance of the public peace. No action was taken against the woman.