(Part III – Zadibal) UNESCO Creative Cities: Here is what you get to see during Srinagar Craft Safari 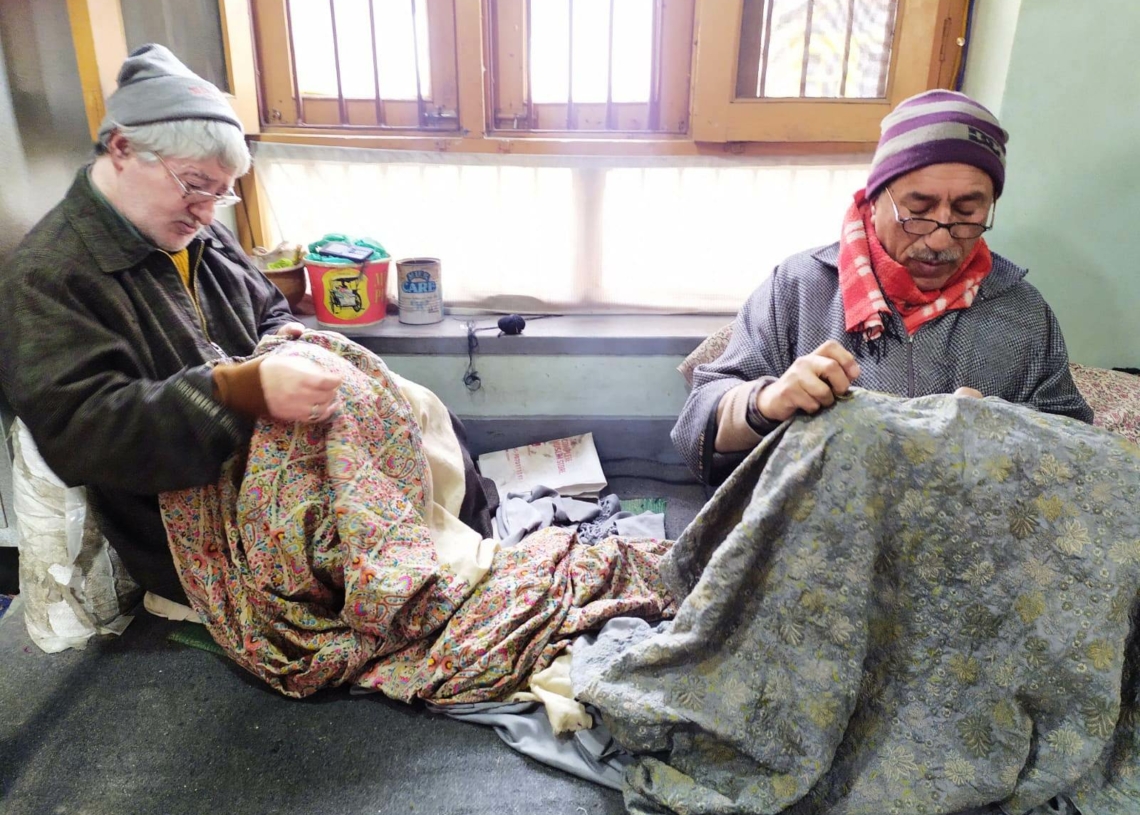 As Srinagar has made it to the coveted list of the United Nations Educational, Scientific & Cultural Organisation (UNESCO) in Crafts and Folk Arts Category for the year 2021, the Handicrafts and Handloom Department, Kashmir has started a Craft Safari. As part of the Safari, the department has identified several artisans and clusters in old Srinagar city. At the same time, the safari has different routes. Going for a safari through a single route will take around 2-3 hours during which you will meet different craftsmen and also come across heritage structures of downtown Srinagar.

Zadibal – a melting pot of art

Last week we discovered Eidgah and today we will see what the Zadibal-Alamgiri Bazaar belt has to offer. Zadibal is located at a distance of around eight kms from the city centre Lal Chowk. The area is a potpourri of Sozni and papier mache artisans besides carpet darners. On this journey, you will come across tracing, sozni, darning, paper pulp and rafoogari artisans.

The third edition of the safari commences from the tracing unit of Bashir Ahmad at Alamgiri Bazar Chowk. Tracing is an initial process of sozni, zari, crewel and ari staple craft wherein the pattern is embossed on the base fabric by specialised tracers known as Naqash, with carved blocks of walnut wood dipped in a watery solution of charcoal powder mixed with a binder.

Ghulam Mohammad Beigh, who is a master artisan in the Sozni craft, has been honoured with the Shilp Guru Award. The unit happens to be one of the pilot ‘karkhana’ under the recently launched Karkhandar scheme of the Handicrafts & Handloom department. The Beigh family has been doing sozni work on Pashmina shawls for generations and have won several state, national and international awards. The walls of the room where he works are dotted with frames of award certificates received by the family. Few other artisans too can be found in the room doing embroidery on Pashmina shawls and suits.

Syed Fida Hussain is one of the rare artisans engaged in the craft of paper pulp at Abiyar Zadibal. The papier mache pulp is what gives papier mache products all those fantastic shapes, details and dimensions. At the unit, one can see how paper is mashed and how it is then put on a mould.

Rafoogari is the process of repairing a hole in a carpet and employs the darning stitch, in which the thread is ‘woven’ in rows along the grain of the carpet, with the stitcher reversing direction at the end of each row, and then filling in the framework thus created, as if weaving. The darners of these antique carpets are living a secluded life in the Zadibal area of the old city. They darn the costly rugs and have been doing rafoogari for generations. At times, it takes them a year to darn a single piece of carpet.

The unit is located at Ali Park Zadibal. The papier mache technique of using paper pulp for making decorative objects was first adopted in Kashmir in the 15th century. It is based primarily on paper pulp, and is a richly decorated, colourful artefact generally in the form of vases, bowls, or cups (with and without metal rims), boxes, trays, bases of lamps and many other small objects. The products are marketed primarily within India, although there is a significant international market. Syed Amjad also deals with high end clientele.

The Safari concludes with the visit to the shawl rafoogari unit of Abdul Majeed Parray at Kathi Maidan Zadibal. Kashmir owns the pride of spreading the craft of rafoogari (darning) to the rest of the country. No one wants to wear or own a damaged fabric and therefore the aim of the darner/rafugar is ‘invisibility’. Once darned, the shawl looks as good as a new one. Therefore, he strives to hide the damage. The needlework must be so perfect as to merge with the cloth.