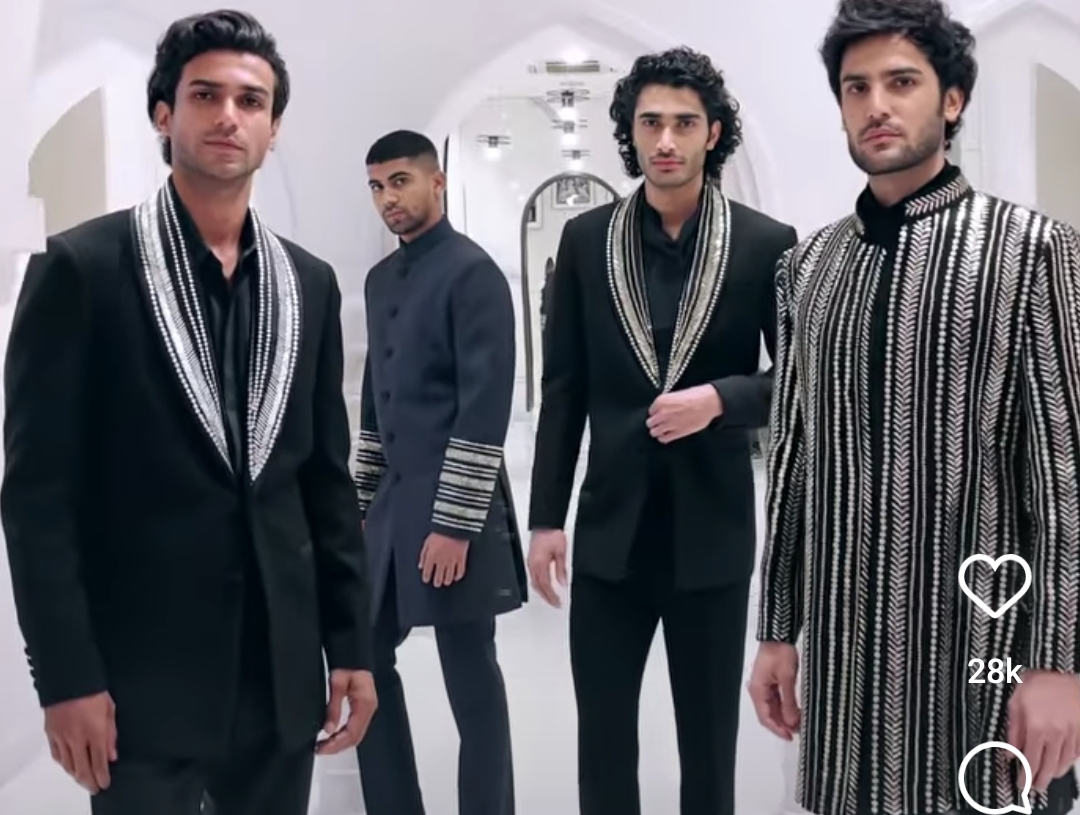 Pakistanis are calling out Indian fashion designer Manish Malhotra for using the soundtrack of the hit drama `Parizaad’ for his latest campaign.

The Indian designer used the official score in an instrumental form for his recent collection launch. However, a majority of Instagram users in Pakistan don’t have access to `Reels’ and therefore they can’t open it.

Many users noted that because people aren’t able to access Reels, they can’t see the credit.

His post immediately got a reaction from Ahmed Ali Akbar who stars in the drama. “Wel. Doesn’t that sound familiar,” he tweeted

Overjoyed fans of both the drama and designer were delighted and appreciated that the serial is not only reaching new heights in Pakistan but is also making waves across the border.

Parizaad is one of the very few serials that has been appreciated for its quality, actors, and the importance given to Urdu literature.

Pakistan fans said the song being used by a well-known designer is a proud moment because it proves the serial is being noticed globally. Fans hoped that Instagram gives them access to Reels (and Instagram Music!) so they can join in on the fun too!