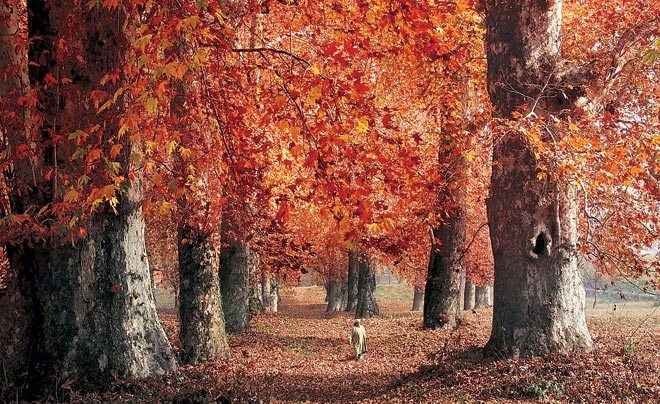 Srinagar: Come autumn, tourists will make a beeline to Kashmir

Tourism players are over the moon as bookings for the autumn season have surged by more than 30 percent in the last two weeks.

Since Unlock 2.0, bookings had suddenly dropped and only high-end hotels would witness occupancy. But for the last two weeks, the bookings have again surged for autumn, also known as the golden season for Kashmir tourism.

President, Travel Agents Association of Kashmir, Farooq Ahmad Kuthoo told The Kashmir Monitor that the bookings have been coming from West Bengal, Maharashtra, and some southern states.

“Since festive season is starting, people are really interested to spend their vacations in Kashmir. Travel agents are witnessing a spike in bookings for the last few weeks. We expect good footfalls during autumn,” he said.

Kuthoo said the budget hotels too have started receiving bookings for the autumn season. “Bookings are coming for all categories of hotels. We are hoping that the number of tourists will increase in the festive season,” he said.

Data reveal that the rush of tourists has steadily increased in August as the temperature has slightly dropped and the weather has become pleasant.

“A historical day in the journey of Srinagar Airport. A total number of 10,944 passengers in a single day! This is in stark comparison with average 7,500 passengers per day before COVID,” Srinagar airport tweeted on August 28.

The surge in bookings has rekindled hope of good winter season among the travel agents of Kashmir.

“Given the current rush, we hope winter will witness a good footfall. We are adding new attractions like water transport and offbeat places like Gurez into tour itinerary,” said Umar Ahmad a travel agent.

Officials said they are planning a robust campaign to ensure busy autumn and winter seasons in Kashmir.

“We have been already holding promotional events. From social media to roadshows, we are doing everything to promote Kashmir at a bigger level,” said an official.