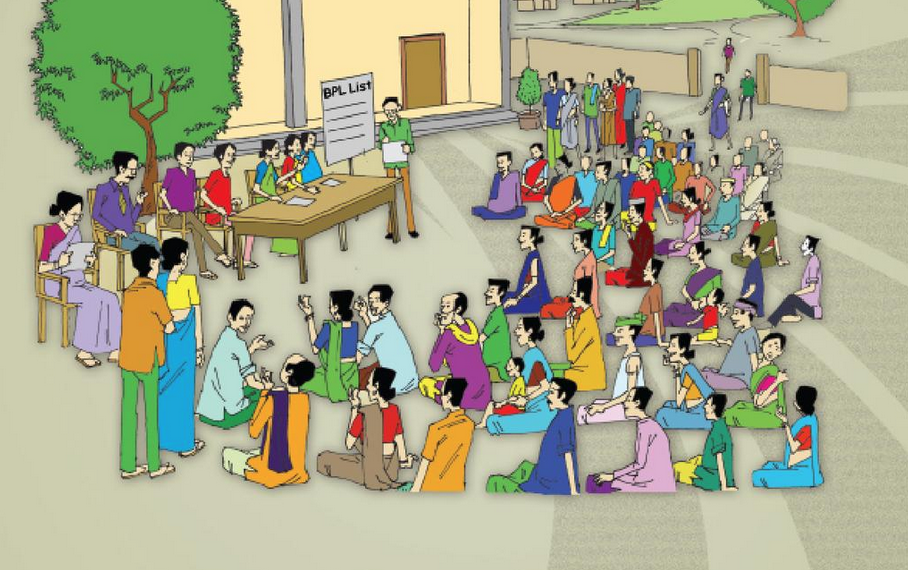 Jammu: The Panchayati Raj Institutions (PRIs), through which the self-government of villages is realized, have been entrusted with the task of “economic development, strengthening social justice and implementation of Central and State Government Schemes at the grassroots level.

The modern Panchayati Raj system was formalized and introduced in India in April 1999 as the 73rd Amendment to the Constitution.

Under this system, an institution of ‘empowered local government’ is established with devolution of Functions, Funds and Functionaries (3Fs) to give people not only the voice but the power of choice as well. The essence of Panchayati Raj is participatory local governance with bottom-up inputs into the development process. It is part of a broader strategy of new ways of looking at and implementing participatory development in the light of a fresh parameter of ‘inclusion’ in governance.

Panchayati Raj has assumed importance for the democracy to ensure peoples’ participation for equitable development and social empowerment in a transparent and accountable manner.

While people across India enjoyed the right to elect local representatives, the same freedom was not exercised in Jammu and Kashmir. It is only after the abolition of article 370, the Union Cabinet on October 21, 2020, approved the adoption of the Jammu and Kashmir Panchayati Raj Act 1989, paving way for local body elections in the Union Territory. It ensured the establishment of all three tiers of grass root level democracy in the UT of J&K for the first time since independence.

In a fresh impetus towards strengthening grassroots democracy, free, fair and peaceful panchayat elections were held in the UT which led to the constitution of vibrant Panchayati Raj institutions here. In a significant achievement, these panchayat elections recorded a substantial 74.1 per cent voter turnout. A total of 3650 sarpanches and 23660 panchs were elected to lay the foundation for the 3-tier Panchayati Raj system for the first time across J&K.

After the successful conduct of Panchayat elections, elections for Block Development Councils (BDCs) were conducted for the very first time in the history of J&K. The BDC elections saw an overwhelming voter turnout of 98.3 per cent in which 276 chairpersons were elected in a totally transparent manner.

Finally, District Development Council elections were held in 8 phases which witnessed tremendous voter turnout of 51.7 per cent. The process elected 20 DDC Chairpersons and 20 Vice-Chairpersons besides a total of 278 DDC members were also elected thus completing the implementation of the 3-tier Panchayati Raj system in its total form.

After amendment of Panchayati Raj Act 1989, 27 subjects were transferred as part of 73rd amendment in the constitution.

Following the establishment of three tier Panchayati Raj system in J&K, Rs. 1727.50 crores have been devolved under MGNREGA, Mid Day Meal scheme and ICDS. In addition, 1889 Panchayat Accounts Assistants and 317 Panchayat Secretaries were recruited besides panchayats have been empowered to conduct a social audit and grievance redressal.

For the first time since independence, elected grass root representatives were given formal protocol to unfurl the National Flag on Independence Day and Republic day. The elected representatives are being given honorarium and formal position in the warrant of precedence and a regular system of interaction of district officers with panchayat representatives has been institutionalized.

The administration organized a historic ‘District level planning process’ meeting under the chairmanship of Lieutenant Governor, Manoj Sinha, which was attended by all DDC Chairpersons and members.

Further, in an encouraging move, the plan allocation for Panchayats has been doubled from Rs.5136 crore in 2020-21 to Rs.12600 crore in 2021-22. The planning process has been accomplished in accordance with the constitutional mandate. Besides, an insurance cover of Rs.25 lakh has also been provisioned for the elected representatives of all the panchayats.

The implementation of Jammu and Kashmir Panchayati Raj Act aims to empower people in the Union Territory enabling them elect their own representatives who will plan the development of the district and implement welfare measures. This multi level institutional governance model will also cater to the needs of different regions and sub regions and guard the public against the feelings of deprivation and under development.