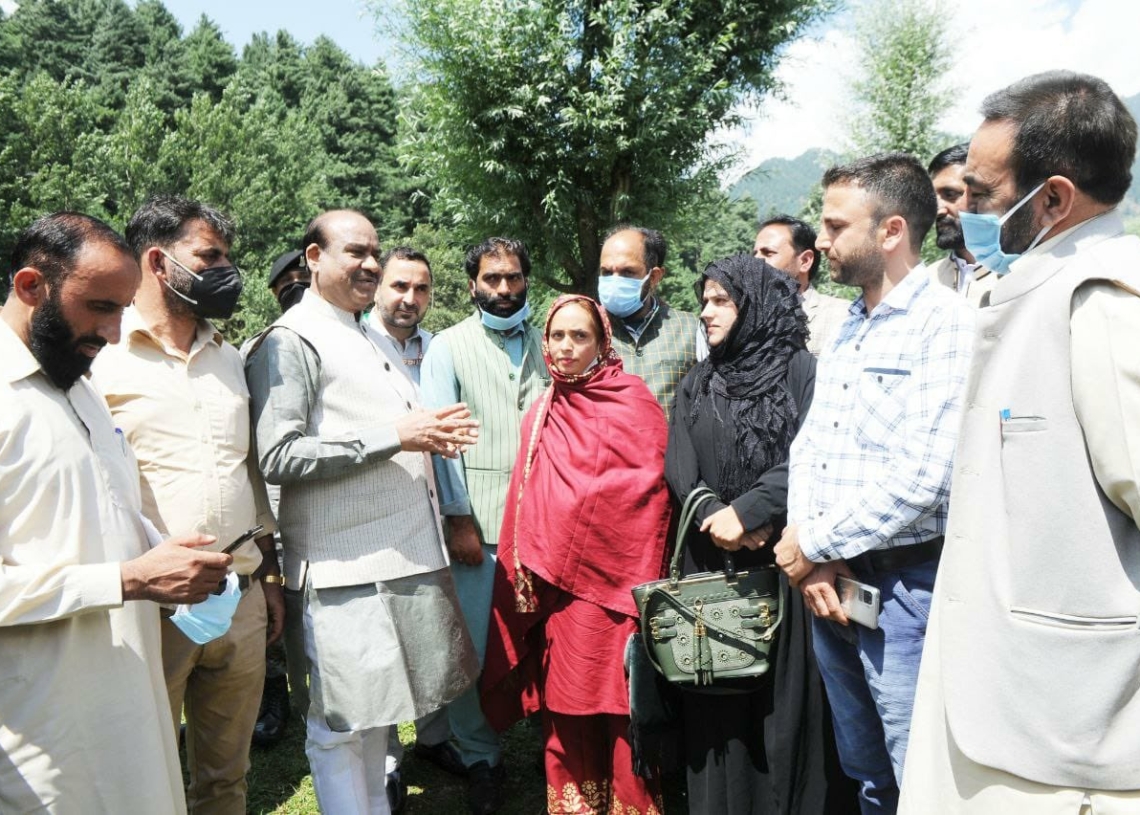 Srinagar: Panchayat leaders in Kashmir Monday expressed their apprehensions to Lok Sabha Speaker Om Birla and sought additional security and vehicles from the authorities in wake of the attacks against them in the recent times.

Birla, who is on a four-day trip to the valley, visited Pahalgam on Monday and interacted with the panchayat leaders.

He assured them that the government is fully committed to ensuring their security and said he will convey their concerns to the lieutenant governor of Jammu and Kashmir.

The Lok Sabha speaker also invited the panchayat leaders to visit Parliament to watch its proceedings.

District Development Council (DDC) Chairman, Anantnag, Mohammad Yusuf Gorsi expressed his gratitude to Birla for meeting them and thanked him for visiting Anantnag.

“We are in south Kashmir, where the security threat is very high. We have been given only two security guards each who work on rotation. It is strange that our security level is the same as that of those in Jammu,” he said.

“We should be provided with more security as we are under a continuous threat. At the same time, we should also be given vehicles as the terrain is hilly,” he said.

Some of the panchayat leaders also expressed apprehension of a heightened security threat in the wake of the Taliban”s takeover of Afghanistan. However, officials dismissed any such possibility.

Talking to PTI, BDC Chairperson, Pahalgam, Zerena Akhtar (22) said all panchayat leaders have been instructed to stay in a hotel in Pahalgam.

“We can travel only after informing the Police Control Room two days in advance, but we have to come back and stay in the hotel,” she said.

However, she added that all this is being done for their safety and security.

Responding to the panchayat leaders” concerns, Birla said the government is committed to ensuring their security and is taking all necessary steps.

He further said he will convey their concerns to the LG.

Officials at the local administration said they are taking all necessary steps to ensure the safety of panchayat leaders.

One of the officials said the panchayat leaders have been asked to stay in a hotel as it is required for their safety, but their movement is not restricted provided they are accompanied by state police personnel.

The panchayat leaders appreciated the Centre”s efforts in their training and seconded the Lok Sabha speaker that democracy has been strengthened in the valley with the panchayati raj institutions.

Pahalgam Development Authority CEO Masrat Hashim categorically said there is hardly any security threat and cited a National Crime Records Bureau (NCRB) report that said Kashmir is one of the safest destinations in the country for tourists, especially for solo woman travellers.

Anantnag District Commissioner Piyush Singla told PTI that the district administration is taking all necessary steps to ensure the safety of panchayat leaders.

He further said the establishment of panchayati raj institutions has empowered people and made them a part of the development process.