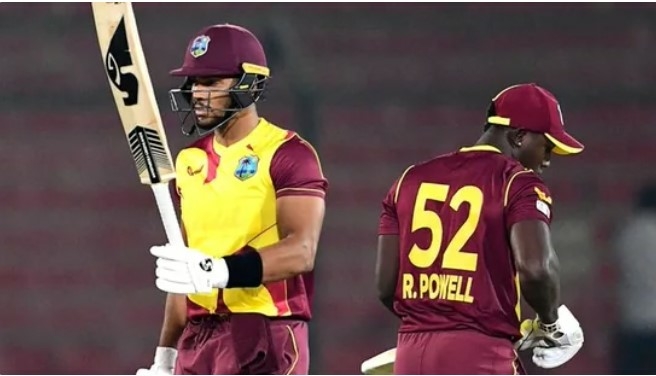 Pakistan suffered another setback when the West Indies team decided to return home after nine of its squad members including three players contracted COVID 19.

Pakistan Cricket Board’s chief operating officer Salman Naseer said West Indies players contracted Covid-19 during transit on their way to the country. With new positive cases, the three-match ODI series between the two teams starting this weekend would not go ahead.

It followed New Zealand’s tour abandonment due to security risks and England’s subsequent withdrawal from their scheduled series due to what they said were mental health concerns earlier this year.

An official announcement regarding the West Indies series postponement was made an hour before Naseer’s news conference, during the third and final Twenty20 International bet­ween Pakistan and West Indies at the National Stadium.

However, the T20 match went ahead after the PCB and Cricket West Indies (CWI) held a series of meetings where it was also decided that the ODI series would now be postponed till June 2022.

“It’s been a tough week… especially the last 24 hours but we have to accept the Covid reality. We have had long discussions with the CWI, which were even more difficult due to the time difference between here and the West Indies,” Naseer said.

The latest positive tests [of ODI captain Shai Hope, spinner Akeal Hosein and all-rounder Justin Greaves] had severely depleted their team strength and the CWI felt that it couldn’t field a strong eleven for the ODIs especially since it carries points for the World Cup league.

“Their players were worried that a serious Covid-19 outbreak could prevent them from reaching back home in time for Christmas. So taking player welfare into account as well as their team strength, it was decided that the series will be rescheduled for the first week of June 2022,” he said.

And while the infected players and members of the coaching staff entered a 10-day self-isolation period on Wednesday, lasting until Dec 24, Naseer was confident that they would return home for Christmas.

“Arrangements are being made for the departure of those who have given negative tests to fly out as soon as possible while we are hopeful that those staying back will also reach West Indies in time,” he said.

Naseer also defended the move of allowing the third T20 when the Covid positive cases were already known. “We were not putting our players at risk,” he said.

“There has been very minimal interaction between the two teams and our medical team consulted with experts who said that there was no chance of our players contracting the virus from the West Indies players who could’ve been close contacts.”

Naseer said the series postponement would not affect Australia’s scheduled tour in March next year. “It was for no fault of ours,” he said.

“Australia’s security team was on a recce trip during the T20s and it’s not a security issue but a virus issue which is beyond our control. We went by global standards of isolation and testing.”

The postponement will hit PCB financially, but Naseer said there had been “positive” discussions with the West Indies about playing three additional T20s to help recover from the losses.

The PCB’s acting chief executive officer also said that there will be an announcement regarding a tour by New Zealand at the end of next year which would provide PCB some compensation for the losses it suffered due to their decision to abandon their tour in September.