Pak will continue to foment militancy in JK: DGP 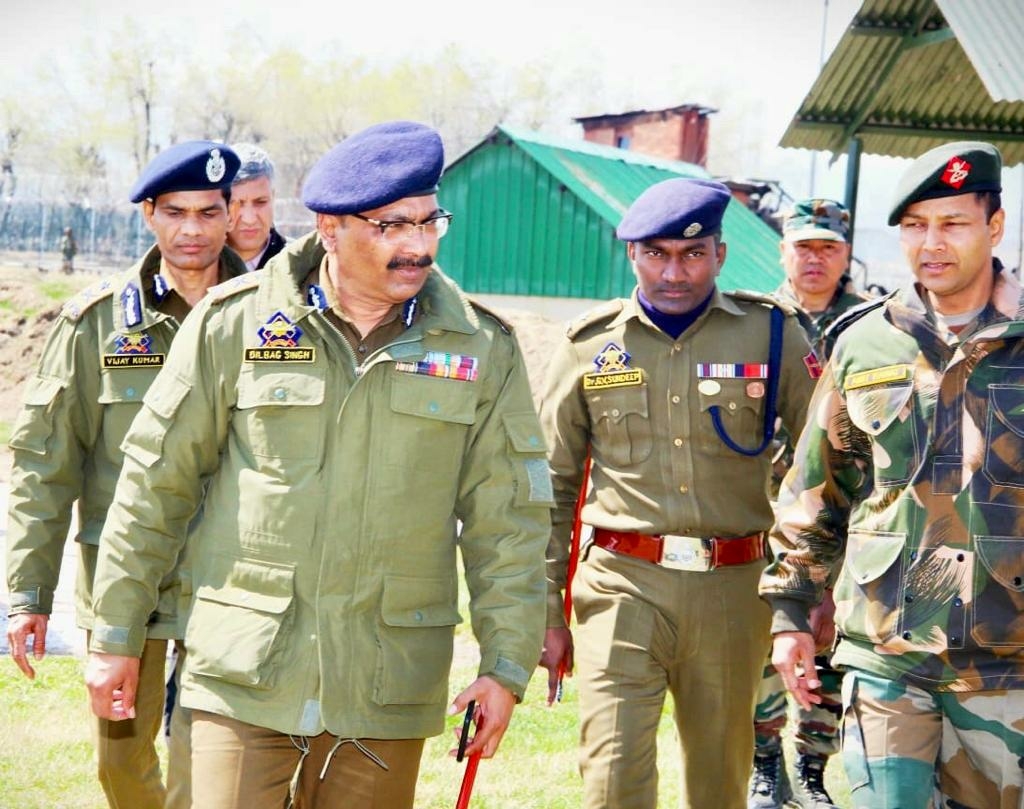 Srinagar, Mar 17: Director General of Police (DGP) Dilbag Singh on Tuesday said Pakistan is “continuously looking to foment trouble” in J&K by pushing militants here, “but like the past their all evil attempts will be foiled with fortitude”.

He also said that safety and security of people is the prime concern of J&K Police and directed that security of venerable places and persons be beefed up as per requirement.

DGP made these remarks while taking a review of security scenario and preparedness on law and order situation in north Kashmir.

On the second day of his visit to Kashmir Valley, the DGP, accompanied by IGP Kashmir Vijay Kumar, today visited Kupwara, Handwara and Baramulla, frontier districts of north Kashmir and took a review of security scenario and preparedness on law and order situation in border area and in the hinterland of these districts, a police spokesperson said in a statement.

DGP while addressing the officers’ meetings and briefings complimented the forces for their good work and said that Jammu and Kashmir Police and all other security forces have maintained high morale during tough times because of which normalcy has returned.

“Although the militant activities have been brought down, forces have to remain on constant vigil and alert so that any evil attempt to disrupt peace is effectively foiled,” he said, adding, “The brave Jawans and officers of police and other forces working in J&K as a team have faced come up to the expectations of the people.”

“The work of Jammu and Kashmir Police and other security forces is being appreciated at the “highest levels of government and we need to continue our peace efforts with even more dedication to ensure a peaceful and secure environment for the people of Jammu and Kashmir,” he said, adding, “We need to consolidate normalcy and peace by engaging people particularly youth for achieving the goals of prosperity in Jammu and Kashmir.”

According to the spokesperson, DGP first visited Kupwara where he was received by SSP Kupwara Ambarkar Shriram Dinkar and other officers. DC Kupwara Anshul Garg, SSP Kupwara and other jurisdictional officers apprised the DGP about the overall security situation and measures taken to maintain peace and order in the district.

In the afternoon, DGP visited 15RR Headquarters at Vilgam Handwara where he was received by officiating commandant Lt. CoL Amit Rawat and SP Handwara G.V. Sundeep Chakravarthy who briefed the DGP regarding the security scenario in Handwara.

Hailing the better coordination among all forces, DGP said, “Close liaison should be maintained at every level to foil any attempt by the trouble-makers looking to disrupt the peaceful atmosphere.” He exhorted upon officers that with the coordination of other units short range patrolling be explored to keep an eye on every suspected movement.

Calling for conducting joint training/mock drills for all forces at different levels, DGP said that it will help in enhancing coordination and synergy among personnel of different units. He took stock of preparedness on law and order front during the interactions.