PAGD condemns repeal of land rules, ‘vows’ to fight it on all fronts 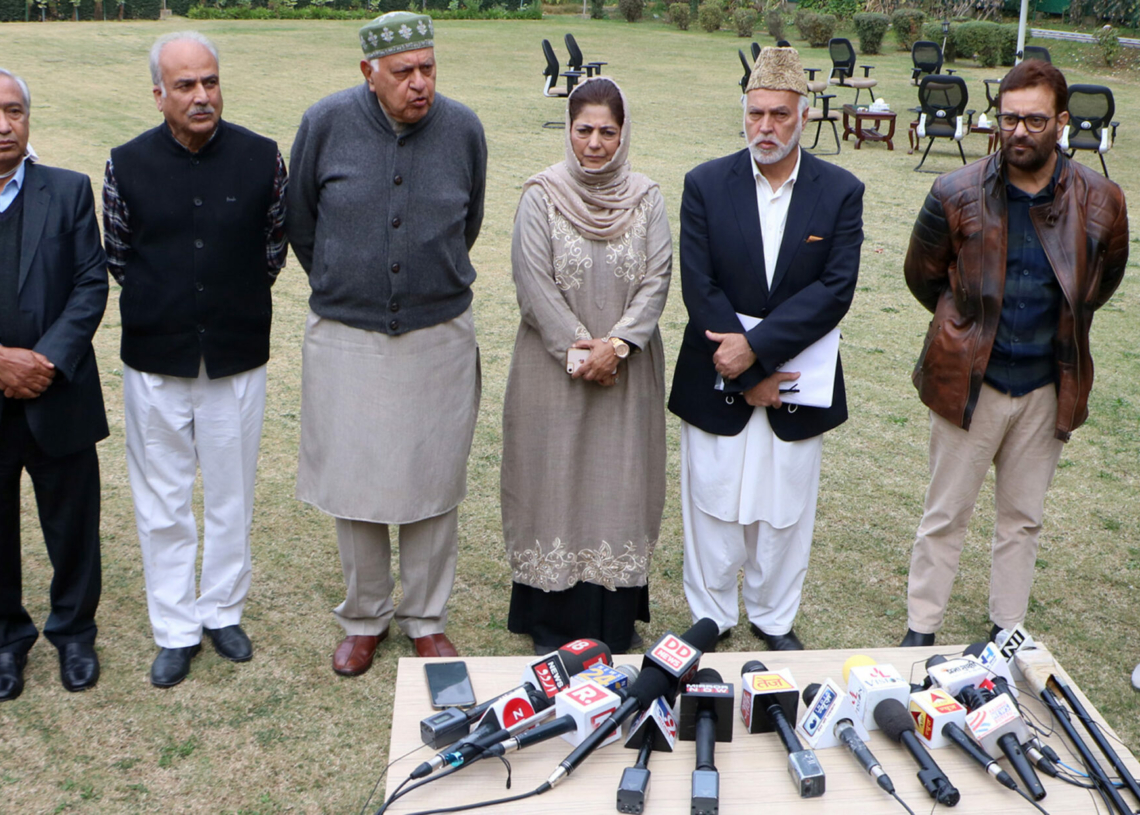 Srinagar: People’s Alliance for Gupkar Declaration (PAGD) has in a statement issued by its spokesperson Sajad Lone strongly condemned the repeal of J&K Land Laws thereby stripping the Permanent Residents of Jammu, Kashmir and Ladakh of exclusive right to acquire and hold immovable property in the State – now unconstitutionally divided into two Union Territories and granting such rights to non-state subjects.

Terming the MHA Order as a “huge betrayal”, Sajad said that it is a “massive assault on the rights of the people of Jammu, Kashmir and Ladakh and grossly unconstitutional.”

The Alliance, he said, has vowed to fight the anti Jammu, Kashmir and Ladakh measure on all fronts.

“The repeal of  Big Estates Abolition Act – first ever agrarian  reform in the subcontinent – is an insult to the sacrifices of thousands of freedom fighters and farmers who fought against an autocratic and oppressive rule and a crude attempt to rewrite history. The order made in exercise of powers under Reorganisation Act, 2019, it is stated, is yet another brazen violation of the principal of constitutional proprietary of fundamental importance to a constitutional democracy,” he added.

Sajad added that “with a serious challenge to the 5th August 2019 decisions before the top Constitutional Court of the Country and the vires of Reorganisation Act under judicial scrutiny,  the Central Government is under an obligation to desist from such acts,  out of respect for the Apex Court.”

“The unconstitutional measure is clearly designed as an attempt to preempt the outcome of the challenge before the Supreme Court. The assault on exclusive property rights apart, changes in urban development laws and creation of Security Zones is bound to prejudicially affect the environment and ecosystem in environmentally fragile regions of Jammu, Kashmir and Ladakh in utter disregard of grave environmental concerns,” he added.