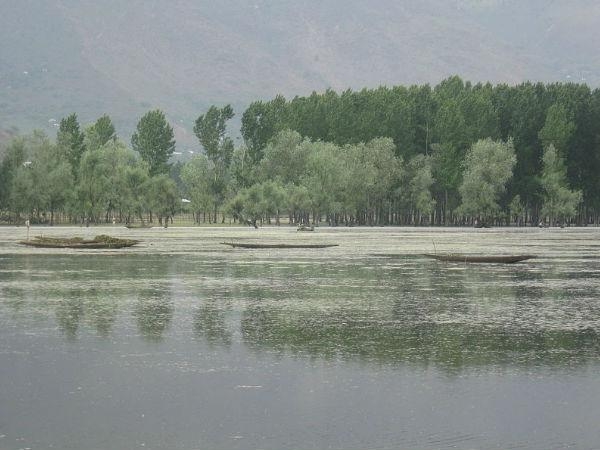 Srinagar:  Around 640 kanals of land around Wullar Lake have been encroached upon in the Bandipora. district.

An official document accessed by The Kashmir Monitor reveals around 90 kanals of land has encroached upon at the outer parameters of the lake. Officials said the land is being used for paddy cultivation by the locals.

Wular, which is the largest lake and a flood basin in Kashmir, has witnessed massive encroachment for the last many decades. From paddy cultivation to willow plantation and illegal constructions, the lake’s area has shrunk to 130 sq km.

According to the document, only 10 kanals of land have been freed from encroachment so far.

“In total 640 kanals of the land is under encroachment including the government authorized Sher colony,” it said.

Pertinently, the National Green Tribunal (NGT) took a strong note on the condition of the lake particularly unscientific dumping of waste and encroachment.

The tribunal has sought an action plan from the government within one month.

“The matter of Kamas be taken with Rakhs and Farms so that action regarding the cultivation shall be taken as per NGT directions within 15 days,” Divisional Commissioner PK Pole ordered the DCs.

The divisional commissioner has also ordered the survey of Sher Colony within 15 days.

“Excess cutting shall be completed within 15 days  positively as well. The machinery for cutting shall be provided by the Wild Life Department,” the divisional commissioner ordered the DCs of Bandipora and Baramulla.

The shallow lake with a maximum depth of 5.8 meters covers 130 sqkm and is spread over two districts of North Kashmir. It provides 60% of the Valley’s fish production and is home to lakhs of local and migratory bird species.

Known for water chestnuts and lotus stems, the lake is the lifeline of the 30 villages. It was designated as a wetland of international importance under the Ramsar Convention in 1990.