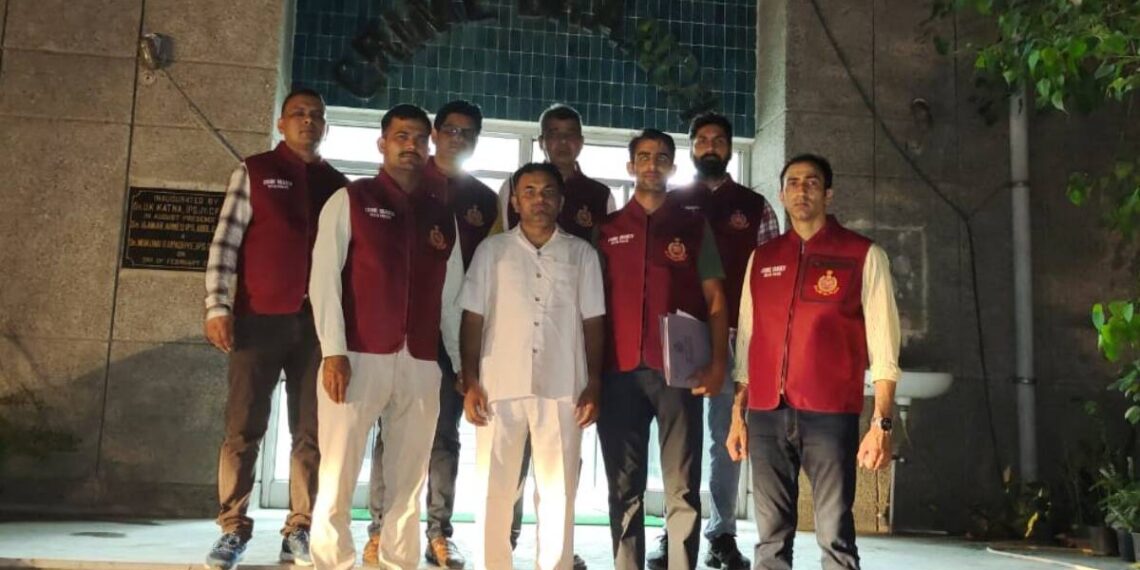 New Delhi: A 38-year-old man, who was once a cook in the Border Security Force (BSF), quit

his job and turned into a high-end fraudster, duping people of over Rs 100 crore in three years,

The accused, identified as Ram alias Ram Marwari, a resident of Rajasthan’s Jodhpur, has been arrested.

He was involved in 59 cases of cheating through a multi-level marketing company and was declared a proclaimed offender in 46 cases.

Deputy Commissioner of Police, Crime Branch, Vichitraveer Singh, said that specific information was received on Thursday that the accused will be coming to Rohini to meet his contact. Based on the information, a team was set up, laid a trap, and apprehended the accused.

During interrogation, the accused revealed his journey from being a cook to a high-end fraudster in Rajasthan. “He quit his job as a cook in BSF to do something that would make him rich. In 2007, he opened a security agency in Rajasthan’s Jaipur and recruited 60 employees.

“Thereafter, he sold the security agency to ex-servicemen and started working in an MLM company Mitashi Marketing and Consultancy Pvt Ltd as an agent. There he earned about Rs 1.5 crore,” the DCP said.

In 2008, he established a new company and in 2009, he made it a limited company and became its Managing Director.

“This company used to offer a commission on joining of new members. Each member had to deposit Rs 4,000 and in return, the member would get a safari suit worth Rs 400. Each member had to further get at least 10 more members to join, to be eligible for commission. Assured returns on their investments were also guaranteed to the members,” the senior official said.

On giving business of Rs 2 lakh per month, for 12 months continuously, the member would get a motorcycle from the company. In this manner, thousands of members joined and Ram cheated them of more than Rs 100 crores.

After some time, when the company started defaulting in the payment of commissions and re-payment, a large number of criminal cases and complaints were filed against the company in 2011, in Rajasthan. However, he fled to Madhya Pradesh’s Indore and there, obtained a license for a cooperative society.

“He has thereafter lived with assumed names such as Ram and Ram Marwari. Thereafter, he dabbled in various businesses in which he lost money. In 2014, he came to Delhi and started property dealing,” the official said.

In 2018, the accused opened a grocery store but again suffered losses. Last year, he set up an e-commerce platform called “Apna Kart”. The accused shifted his base to Indore and lived there in a rent-controlled house.

“Going by his record, it appears that through this platform as well, he might have made quick money by cheating people,” the official added.