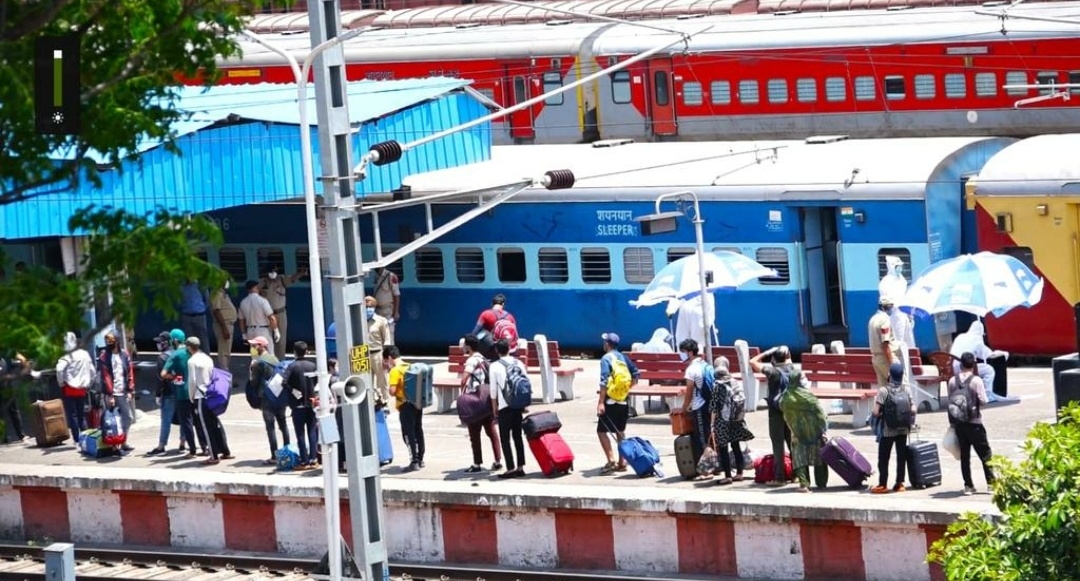 Jammu: As many as 1250 residents of Jammu and Kashmir stuck in remote areas of Uttrakhand due to Covid-19 lockdown have been evacuated in last four days.

In total, 37147 residents have entered J&K through Lakhanpur till date.

Similarly, the first train with the stranded persons has also arrived at Udhampur from Bangalore, which will be followed by another from Goa with around 1100 passengers.

As per data received from Jammu and Kashmir Government Nodal office for Migrant Workers,  students and other persons, there are around 2000 workers stranded in Uttrakhand state and over 50% of them were evacuated  in last four days.

The evacuation was well coordinated effort by Uttrakhand State Administration and Jammu and Kashmir Administration. The process involved advance planning due to remoteness and scattered groups of persons. Labour and Employment team tied up with local Administration of Uttrakhand and ensured timelines for evacuation of stranded persons.

Giving details, the UT Control Room officer, informed that as per their records, about 251 workers were stranded in Almora and a total of 258 workers were evacuated. Yesterday it was confirmed from Almora control room that no application of workers is pending, he said

“On May 11 (Monday) 12 vehicles carrying 226 persons moved out of Uttrakhand for Jammu and Kashmir. A Total 1250 persons have been evacuated in last 4 days from different remote districts of the Uttarakhand state,” he added.

The returnees mainly belong to Poonch, Reasi, Doda, Anantnag and Baramulla of Jammu and Kashmir, the official said.  “We are expecting a good number of persons back to Jammu and Kashmir tomorrow,” informed the UT Control Room.

Meanwhile,  of 37147 returnees till May 12 (morning) coming via Lakhanpur include 10301 from Punjab; 18095 from Himachal Pradesh, 6515 from other states and UTs including Delhi, Gujarat, Rajasthan, Haryana, Chhattisgarh, Uttrakhand, Maharashtra, Uttar Pradesh, Odisha, Assam, Madhya Pradesh.