Our solar system looks like a deflated croissant, reveals NASA 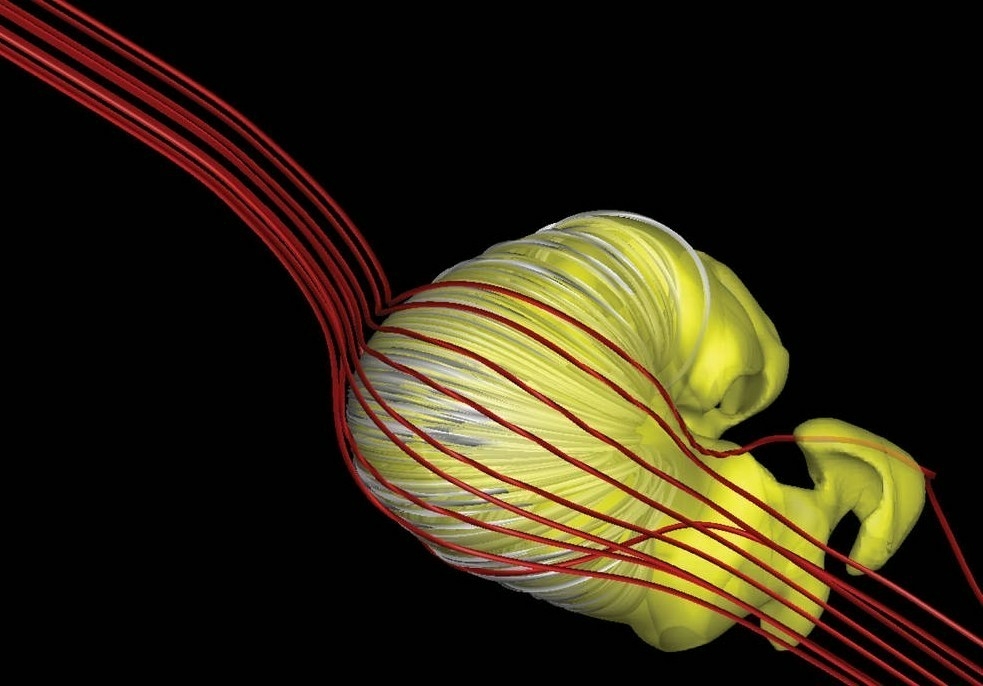 New Delhi: Our solar system looks like a deflated croissant, NASA has revealed after developing a new prediction of the shape of the magnetic bubble surrounding our solar system.

Using data from NASA missions, an updated model of our solar system suggests the shape of the Sun’s bubble of influence, the heliosphere, may be a deflated croissant shape, rather than the long-tailed comet shape suggested by other research.

The shape of the heliosphere is more than a question of academic curiosity. The heliosphere acts as our solar system’s shield against the rest of the galaxy.

According to new research published in the journal Nature Astronomy, all the planets of our solar system are encased in a magnetic bubble, carved out in space by the Sun’s constantly outflowing material, the solar wind.

Outside this bubble is the interstellar medium — the ionized gas and magnetic field that fills the space between stellar systems in our galaxy.

Traditionally, scientists have thought of the heliosphere as a comet shape, with a rounded leading edge, called the nose, and a long tail trailing behind.

The shape of the heliosphere is difficult to measure from within.

The closest edge of the heliosphere is more than 10 billion miles from Earth.

Merav Opher, lead author of new research at Boston University, and colleagues used data from NASA planetary science missions to characterize the behaviour of material in space that fills the bubble of the heliosphere and get another perspective on its borders.

“Because the pick-up ions dominate the thermodynamics, everything is very spherical. But because they leave the system very quickly beyond the termination shock, the whole heliosphere deflates,” said Opher.

The heliosphere’s shape is also part of the puzzle for seeking out life on other worlds.

The damaging radiation from galactic cosmic rays can render a world uninhabitable, a fate avoided in our solar system because of our strong celestial shield, said the researchers.