‘Our eyes on such talent’: Virat Kohli all praises for J&K pace sensation Umran Malik 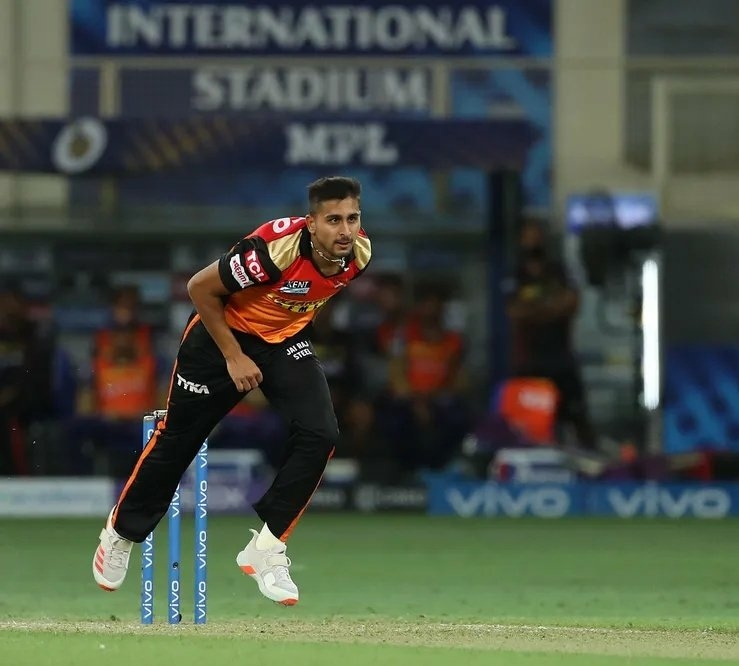 Who would have thought last week that a replacement bowler in IPL match would write his own script. They say one should make full use of any opportunity presented. And Umran Malik, the latest pace sensation from J&K entire India is talking about has definitely done so in the shortest possible time.

Just two IPL matches old, Umran, who is just 21, is consistently firing 150kph rattling even the most experienced batters out there.

On Wednesday Umran made more fans of him when he clocked 153kph to bowl the fastest delivery of Indian Premier League (IPL) 2021 in the match his team SunRisers Hyderabad (SRH) played against Royal Challengers Bangalore (RCB) at the Zayed Cricket Stadium, Abu Dhabi.

Umran achieved this feat in the 4th delivery of the 8th over against Devdutt Padikkal. RCB batter got the outside edge and scored a run on the fastest delivery of IPL 2021.

While SRH won the game by 4 runs, it was RCB skipper and team India captain Virat Kohli who pointed out how much he was impressed by Umran.

“This tournament throws up talent every year, good to see a guy bowling at 150 clicks [on Umran Malik]. It is important to understand the progress of individuals from hereon. The pool of fast bowlers being strong is always a good sign for Indian cricket and whenever you see talent like this, you are going to have your eyes on them and make sure you maximise their potential which is already being seen at the IPL level,” Kohli said during the post-match conference about Umran.

Is this a team India call for young Umran? Only time will tell.

SRH captain, Kane Williamson, another star international batsman, too was all praises for his young pacer.

“He certainly is special (on Umran Malik). We saw him in the nets in the last couple of seasons and he is a real competitor and is proving to be effective even on slower surfaces. He’s got a lot of mates in the team as well and that helps in sharing the knowledge. It’s a great opportunity for the younger guys to get involved and hopefully we will keep learning and we go again on Friday,” he said.

Earlier, on Sunday night Umran became the first Indian to enter the top 10 for this IPL season to deliver the fastest ball. The 21-year-old clocked a delivery at 146 kmph in his very first over, and he then entered 150s twice on the speed gun.