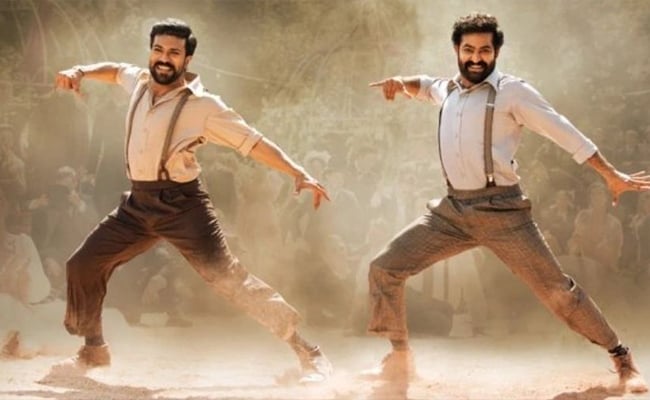 S S Rajamouli’s ‘RRR’ scripted history on Tuesday as its famous song ‘Naatu Naatu’ was nominated for ‘Best Song’ category of the Academy Awards, popularly known as the Oscars.

The song won the Golden Globe for Best Song earlier this month.

RRR joins a select group of Indian films to have gone to the Oscars – Mother India, Salaam Bombay and Lagaan were nominated for Best International Feature Film. Were he to add an Oscar to his Golden Globe, Naatu Naatu composer MM Keeravaani will be part of a group of Indian Oscar winners that includes Bhanu Athaiya who won Best Costume Design for Gandhi, and AR Rahman, Gulzar and sound engineer Resul Pookutty who won Oscars for their work in Slumdog Millionaire, a British-made film set in India.

The nominations for the Oscars were announced by actors Riz Ahmed and Alison Williams. The 95th Academy Awards will be held in Los Angeles on March 12. Chat show host Jimmy Kimmel will host for the third time.