Opinion – Why is Jammu witnessing more COVID deaths than Kashmir? 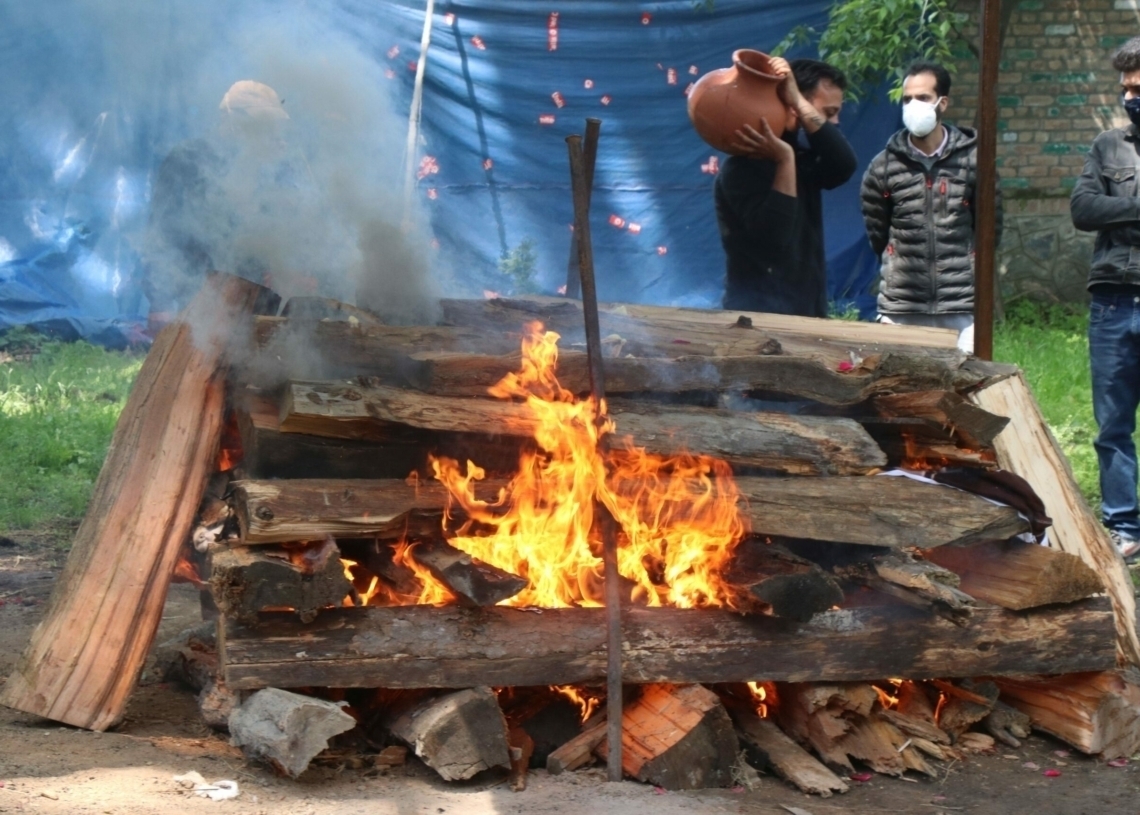 A non-Muslim Covid victim being cremated in Srinagar on Monday, May 19, 2021 (KM/Umar Ganie)

A new debate is raging on social media over the rising COVID fatalities in Jammu. Our social media timelines have been flooded with pictures, videos, and long posts of people trying to decipher the phenomenon. Since the onset of the second wave, Jammu is on the brink. Despite having fewer positive cases than Kashmir, the region is witnessing a high fatality rate.

Experts say that Jammu may surpass Kashmir if things are not brought under control. So why are more people dying in Jammu than Kashmir? Experts give multiple reasons. But there is hardly any convincing reason that can explain the high death rate.

Doctors say one of the reasons for the increasing fatality rate is the late admission of critically ill patients. Doctors say around 40 percent of the patients report to hospitals when they are very critical. Most patients succumb even hours after admission.

Another reason is the multiple mutations of the virus. Samples have been sent for the sequencing to know the exact reasons behind increased cases and deaths. Testing too has declined because people are afraid of venturing out of their homes. Earlier people proactively participated in testing. But due to the second wave, they hardly venture out of their houses.

Second COVID wave has exposed the chinks in the healthcare system in Jammu. Given the close proximity to Chandigarh and Delhi, people in Jammu used to rush to Punjab and the national capital for better treatment during emergencies. Since Chandigarh is a few hours’ drive from Jammu and Delhi a night journey by train, people were more inclined to get treated in good hospitals outside the union territory. As a result, the healthcare system in Jammu did not evolve.

Pandemic has also brought to fore the lax social service system in Jammu. Except for few NGOs and charities, Jammu was literally left alone in the time of crisis. It was left to few organizations which went out of the way to help people. Unlike Kashmir which saw charities and NGOs working round the clock, Jammu was left at the mercy of God.

Twitter was flooded with SOS from both Jammu and Kashmir. But NGOs and charities in Kashmir were proactive and tried to reach out to the distressed people. Even individuals chipped in and distributed free meals to people in Kashmir.  Three new charitable COVID hospitals were set up jointly by Srinagar Municipal Corporation and NGOs. A group of doctors and paramedics offered to work pro-bono for these hospitals in Kashmir. Such sentiment was missing in Jammu.

Kupwara district has achieved merely 27.57% vaccination coverage. Doda district in Jammu has archived 46.04 % target, which is the lowest in the Jammu division.

From April 1 to May 15, 2021, Srinagar clocked 99,240 vaccinations, while Jammu administered 2,74,552 doses to citizens above 45. This excludes the health care workers and front-line warriors. Even in March when the people were persuading the citizens, health officials were perplexed that stocks were lying unused in Kashmir, while citizens in Jammu were getting jabbed.

Pandemic has taught them a crucial lesson to people in Jammu. COVID might have wreaked havoc but it has sent a wake-up call to people in Jammu. From NGOs to charities and from doctors to volunteers, Jammu has decided to start from scratch. Wishing them luck and praying for their success!

(Views expressed are personal. The author is a senior editor at The Kashmir Monitor. Feedback at [email protected])