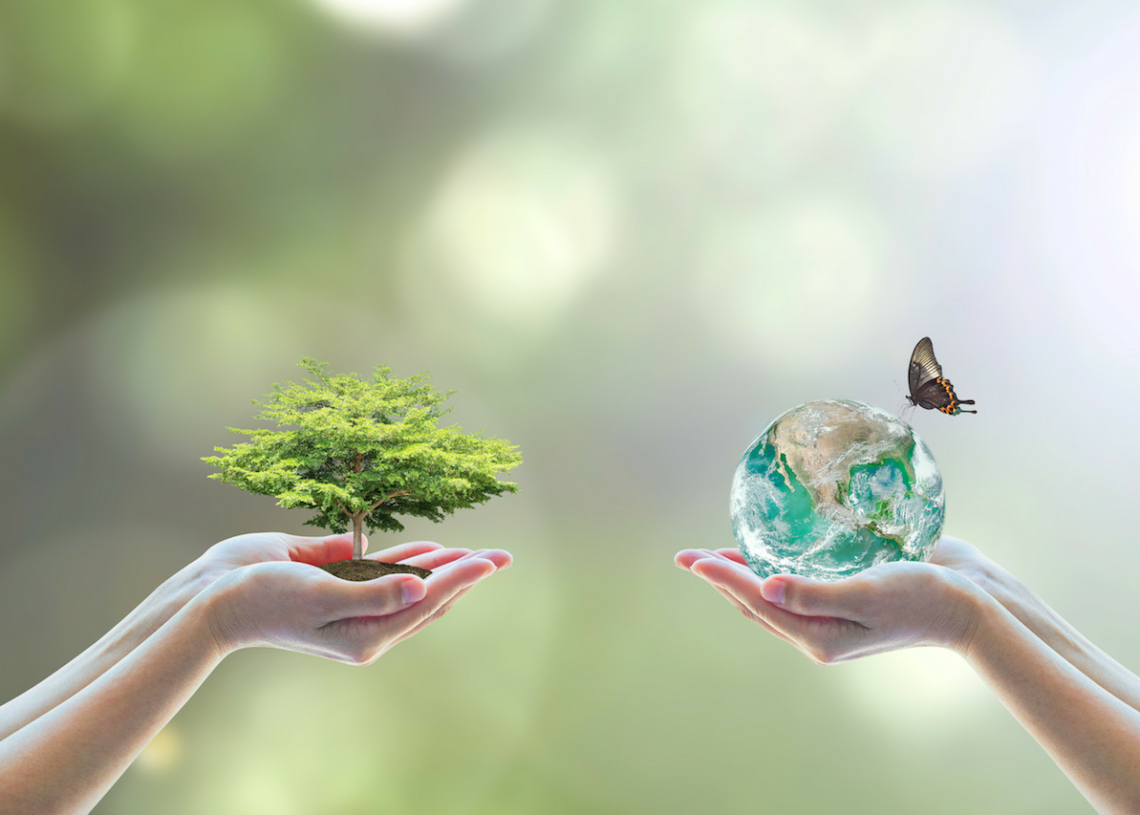 Days slipped by in a cascade of disappointments because of the havoc of virus that has soaked up the whole earth. One morning, while all the members of the family were busy with news channels on mobile phones and TV sets, I left the humming house for sake of solitude and stillness and sat besides a cherry tree that lies in a corner of our back yard. I witnessed silence and dullness in the surroundings. To my unaccustomed eyes, the matt browns and greens of the surroundings looked almost featureless and unreadable. I cradled my head in my arms and dozed off as the days now are sleepily warm and summary. While I had a nap, a wind sprang up, came quietly, swishing gently through the cherry tree and hummed softly in my ears. I woke up and was startled to see the cherry tree, the wind, an eagle and sparrows as if in a conversation. I stood frozen as if welded to the ground when I saw the tree shook its head and came to life. The wind fanned my cheeks and the eagle and sparrows seemed to be in a wicked playful mood. They confessed that they are enjoying a hassle free atmosphere nowadays. There are no toxic effluents coming out of cars, factories and industries to choke the trees. Birds boast while pointing towards the sun that nowadays they soar higher than ever in the sky and can gaze upon the sun undazzled. There are no machines and planes to restrict their movement.  There are no animals with legs crushed on roads and highways.

According to them human act upon non human world with considerable technical foresight but non human adapt to the world around them. Ecological changes that human beings produce are profoundly different from those produced by non human forms.  For better or worse, humans alter non human world to meet their needs and desires- not because they are perverse, but because they have evolved quite naturally over the ages to do so. They approach nature for trade for profit, industrial expansion, and identification of progress with corporate self-interest and for commercial aggrandizement. Their cultures are rich in knowledge, experience, cooperation and conceptual intellectual; however they are sharply divided against themselves at many points of their development through conflicts between groups, classes, nations, states, countries, religion etc. In a common voice, the tree, the wind and the birds maintained that in contrast to human beings, they regard and respect every thing in nature. They believe in equality and non-violence. For them, elephants are no higher than earwigs; salamanders are no less advanced than sparrows; cabbages have as much evolutionary status as kings. They live in ecological niches; their behavior is guided primarily by instinctive drives and conditioned reflexes. They claim that human societies are bonded by institutions that change radically over centuries. Where as non human communities are notable for their general fixity, by their clearly preset, often genetically imprinted rhythms. They claimed that it is an age when humans are able to modify atmospheric chemistry by pollution, restructure weather events by urbanization and re-engineer the base code of existing biomass by biotechnology. But it seems quaint in this age of megalopolis that despite the perfection of technological boxes, humans are not able to conquer a small virus.

Human technology has actually been very busy in tampering with nature. They are unaware of the fact that by tampering with nature, they are derailing their own rationality and existence. The present societies are structured around the brutal competition of grow or die in which enterprises are driven by the pressures of the market place to seek profit for capital expansion at the expense of all other considerations. This competition has made human beings ego-conscious as it pushes them in a headlong race to over power one another. This in turn leads capitalist societies and nations to plunder the planet. They clarified that ecological problems actually arise from social problems.  Pointing towards the virus that has enveloped the whole planet nowadays, they claim that these killer pathogens function as metaphor for the human caused pollution of the natural world and attempts to show how contamination inevitably transmogrifies their experience of non human world.

There was something about their voice- a forthrightness combined with a certain element of gravity that arrested me. As a sincere solution to the ongoing crisis they suggested, “humans should focus on the symptoms of social pathology rather than on the pathology itself”. After these words, the meeting was concluded. The tree, the wind, the eagle and the sparrows went their own way and I also went to my room. This was the first time in my life, I could witness nature rhetoric, alive and inspirited. Not just humans, but animals, plants and even inert entities like air, wind are articulate and intelligible subjects. They are able to interact with humans for good or ill. They do feel our intentions of eclipsing, depreciating and objectifying the non-human world. From the language of humanism, one easily gets the impression that homo-sapiens is the only species on the planet worthy of being a topic of discourse but ecology paints quite a different picture of reality.

The concluding lines of the meeting made me rethink, recall and review the whole scene. I couldn’t resist and tried to jot down the minutes of the meeting. I realized that no matter how much the nature has been neglected or abused or ignored by humans, it has power of revival. It not only revives itself but has been always a medium for humans to revive, transpire and flourish. It has always been a prime source of values, meaning and purpose for humans. Nature has always been Mother Earth, the beautiful and bountiful; who with her plenty always bless and protect humans. During present times, nature is trying to reboot itself for sake of humans. No matter how urban human experience is, no matter how oblivious they may be towards nature, they are nonetheless animals, two legged sacks of meat and blood and bone dependent on the whole living planet for their survival.  Humans out breathings still flow through pores of trees, their food still grows on dirt and at last their bodies decay in dust.

It is time to realize that humans should live and establish a harmonious relationship with each other and with nature in order to stop their headlong race towards apocalypse. Let this pandemic be a doorway for a new world. Let this new world be a beholder of societies based on mutual aid, caring and communitarian values. Let the members of new born societies appreciate that the interests of the collective are inseparable from those of individual. Let there be a shift from ego-consciousness to eco-consciousness.

Author is a teacher and can be reached at [email protected]