`Operating procedures for reservoirs to be evolved’: J&K government to prepare master plan to prevent floods 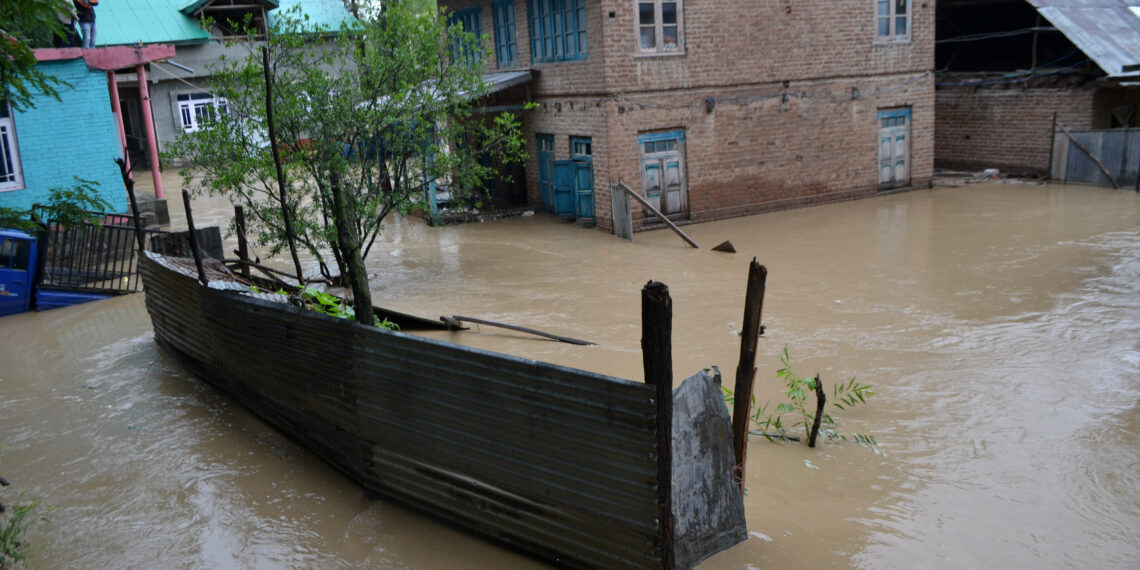 Srinagar: Jammu and Kashmir government is preparing a master plan to prevent floods in Kashmir.

A senior official said Irrigation and Flood Control Department has stressed the preparation of a master plan for flood-prone areas and called for various measures to prevent the valley from flooding in the future.

“Measures to establish the extensive networks for flood forecasting to give timely warnings to the people likely to be affected shall also be outlined. A roadmap for determination of the limits of the flood basins and the necessary exercises to be carried out shall be prepared,” the official quoting a document said.

Further, the official said it has emphasized measures to protect the natural drainage systems to remove artificial barriers in the path of the flow of excess drainage water. “Operating procedures for reservoirs shall be evolved, and implemented in such a manner to have flood cushion, and reduce trapping of sediments during flood seasons,” he said.

A study titled, ‘A satellite-based rapid assessment on floods in Jammu & Kashmir–September 2014’ conducted jointly by the Department of Environment & Remote Sensing (DERS) and ISRO has warned that the intensity of rainfall and frequency of rainy days in the Himalayan region may increase in the 2030s, leading to another flood in Kashmir if immediate steps are not taken to restore the drainage system of Jhelum.

According to a disaster management report, 13 districts in J&K out of 100 districts in India have been identified as ‘multi-hazard districts’.

“Majority areas of the valley, especially Sonawari, Awantipora, and Srinagar, along with parts of Jammu are prone to floods. Upper catchments of all the tributaries of the Jhelum, Indus, Chenab, and Tawi rivers are prone to flash floods,” the report says. All these areas were worst hit by September 2014 floods.

An official of the Irrigation and Flood Control department said Wular Lake which is the largest flood absorption basin has lost the water carrying capacity due to a host of factors.  “Several surveys have found gross human interference, deforestation, encroachments, choking of waterways and reduction in the capacity of wetlands due to heavy siltation posing an imminent threat of floods even by an average downpour,” the official said. “Government should prepare a master plan and issue directions to implement it,” he added.