Only stranded vehicles to ply on Srinagar-Jammu highway 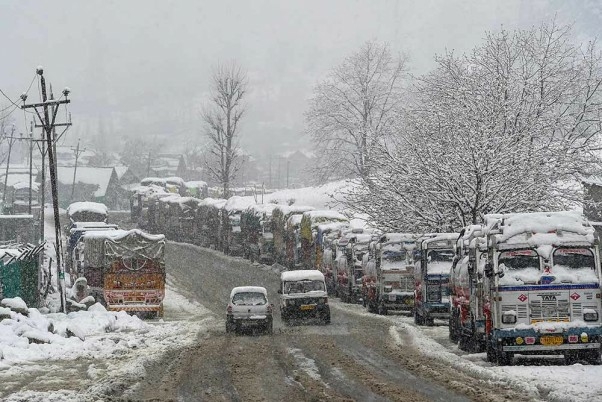 SRINAGAR: Only stranded vehicles were allowed to move on the Srinagar-Jammu national highway, the only all weather road connecting Kashmir valley with the rest of the country on Friday.

There was a fresh snowfall on Srinagar-Leh national highway, the only road linking Union Territory (UT) of Ladakh with Kashmir, which remained closed since January Ist, 2021. The historic Mughal road also remained shut since December last year.

No fresh traffic will be allowed from Jammu or Srinagar today, a traffic police official said.

He said only vehicles stranded between Nashree and Ramban were allowed to move towards Srinagar.

Meanwhile, there was fresh snowfall on historic Mughal road, connecting Shopian in south Kashmir with Rajouri and Poonch.

However, residents living on both sides of the road alleged that though snow clearance operation has been completed, traffic has not being resumed on the road, seen as alternative to Srinagar-Jammu highway