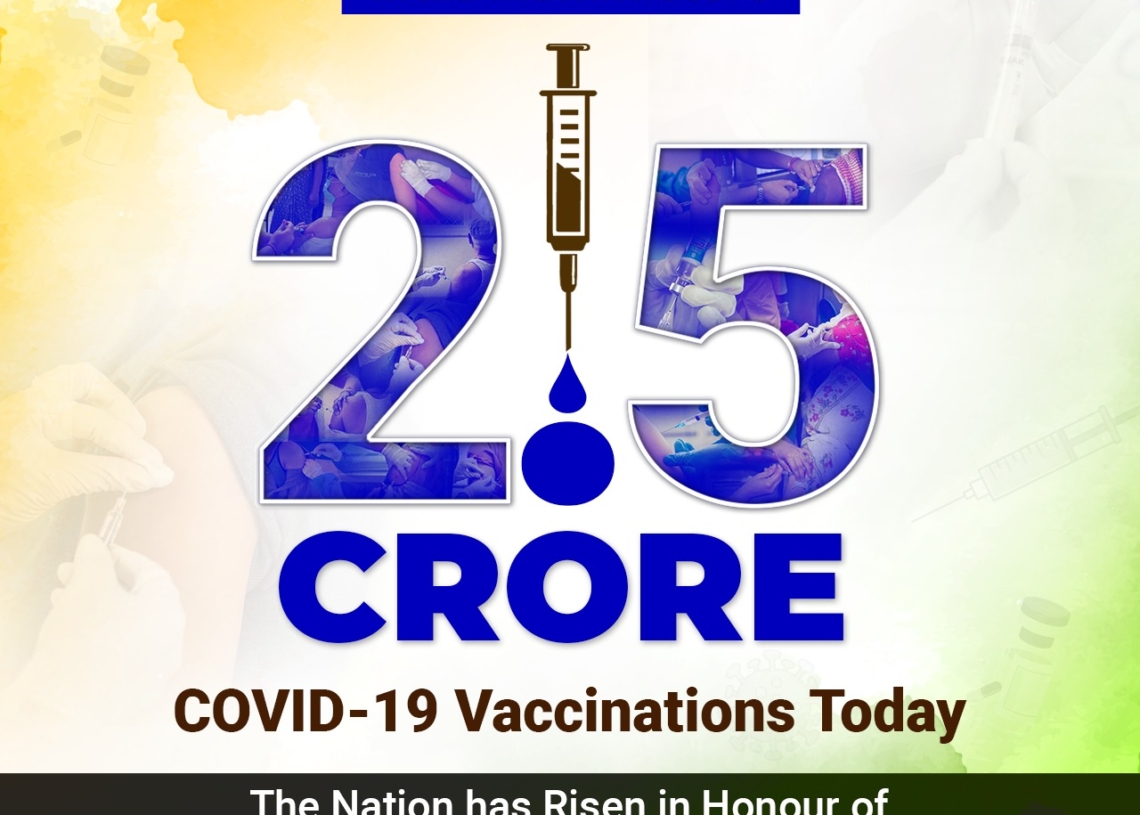 India crossed 2.5 crore Covid vaccinations in a day for the first time on Friday as the government raced to deliver a record on Prime Minister Narendra Modi’s birthday.

Earlier, the Prime Minister took to Twitter to declare that “every Indian would be proud of today’s record vaccination numbers” and thank healthcare and frontline workers who had worked hard to make the vaccination drive a success.

The government had set out with a target of 2.5 crore vaccinations and crossed the mark by 10,390.

China inoculated the most number of people in a day – 2.47 crore – in June.

In the evening, as the country crossed the two crore-mark, the World Health Organization’s South-East Asia office tweeted its congratulations.

“Congratulations India for yet another milestone!” the global health body’s regional arm said, tagging Mandaviya and news agency ANI in its tweet.

The one crore-mark was crossed earlier in the afternoon, after which ministers and BJP leaders put out tweets urging more to get their shots.

“On PM @Narendra Modi Ji’s birthday, till 1:30 pm, the country has crossed the mark of 1 crore vaccines, the fastest so far, and we are continuously moving forward. I believe that today we will all make a new record of vaccination and give it as a gift to the prime minister,” Mandaviya tweeted.

He was seen in a video celebrating with health workers and distributing sweets.