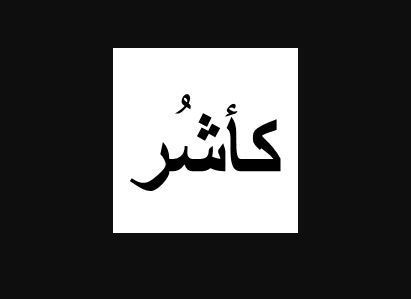 It is a Kashmiri idiom which hardly any Kashmiri will afford to forget. Literally, it means sending to ‘Bawanji’ as ultimate punishment. It is inseparable part of spoken Kashmiri folklore which is used till date everywhere among Kashmiris and which has as such retained its historical relevance for Muslims of Kashmir till date.  It was used by cruel tax collectors & unscrupulous officials of the Dogra Administration to frighten the landless tenants / poor peasants to pay the tax/revenue which they could not do & which entailed the punishment of sending them to Bawanji which meant certain death of the poor fellows.

The following passages will clear the background of this Kashmiri proverb. It has a connection with one of the darkest periods of history of mankind in general & Kashmiri Muslims in particular. It is related to erstwhile Dogra Rule of J&K from 1846 to 1947. Bawanji is a small valley in district Astor of Gilgit Baltistan or what is called Northern Areas of Pakistan. Its name is slightly modified to present Bunji. It is just some Kms away from Gilgit capital of Northern Areas. Immediately after 1846 when Kashmir was sold to Gulab Singh, who was the founder of the Dogra State of J&K , Gilgit, Astor, Chitral & its adjoining areas continued their resistance ,that they had shown to the Sikh-Rulers earlier, against the Dogra Rulers to stop them occupying their areas. Gulab Singh built garrisons in the fort of Astor, Gilgit & a considerable force of Dogra sepoys was also stationed in Bawanji to prevent “enemy attacks”. Those days these mountainous areas were extremely hard, non-motorable, non-transportable, & Bawanji was at the extreme end of the garrisoned range of mountains of the Northern Areas. No transport was available to these garrisons. The Dogra soldiers needed to be supplied with ration, necessaries of life & weaponry. But how to carry it to them? The Ruler firmly established the inhuman practice of Kar-Begar or Begar in simple words which means FORCED LABOUR without recompense.

Under this notorious practice, the poor villagers of Kashmir were dragged out of their homes to carry the loads of supply on their backs with IMPERIAL CONVOY of horses for the garrisons from Bandipur & Naseem Bagh [too was used for this practice to collect forced labour of collies] for these far off areas that were cut off from Kashmir & remained enclosed by glacial & snow-covered mountains from all sides, and always exposed to harsh weather conditions. No proper roads were available. Kashmiri Pandits/ Bataas were kept exempt of this barbaric practice. It was only Musalman farmers who were taken for this most dangerous transportation service for garrisons to these areas. Just one sir of rice was given to each begari. Their condition was so miserable that their feet were covered by straw-shoes. It is recorded that when families, children of these Bagries were asked by the foreign travelers where had their father, son, loved one gone, they would reply: Cheen to help Angrez sahab. Innocents did not know that it wasn’t cheen or China. It was Gilgit , treacherous journey, where they were taken by force to accompany Imperial Convoy. And, by Angrez, these innocents meant that they were taken for serving Englishmen in China. Total wrong impressions created in their minds by the State officials at the time of dragging them from their homes.

The practice was adopted with such a machination which left poor farmers with option but to go on forced transportation system of Bagar to Gilgit from Kashmir. The farmers were taken for Begar during summer time & naturally as they remained away from their lands they could not cultivate it & as such were not in a position to pay tax/revenue to tyrant tax collectors of revenue department who were invariably Kashmiri Pandits. The only choice left to the poor farmers was torture & death. Torture in case he failed to pay. Death in case he had to proceed on the vicious journey of Begar to Gilgit garrisons. The farmers were forced to trudge for months over the wearisome marches of that arid Gilgit , Astor & Bawanji routes. They would fall on the road to perish of hunger and thirst, and, thinly clad as they were, they were destroyed in hundreds at a time by the cold on the snowy passes. When a man was seized for this form of Begar, his wife and children hang upon him, weeping, taking it almost for granted that they will never see him more. The miserable Kashmiris were forced to go up-country, [below was/is Indus River flowing] with the Dogra troops to the extreme posts of Bunji garrison. These wretched souls of God were not criminals taken to any notorious prison; rather it was an Army Garrison. There are several accounts of horrible stories recorded in the pages of Kashmir history about how thousands of Muslims lost their lives on deadly routes of Gilgit those days .

I will quote just one account. In 1888, cholera struck Kashmir. Dr. Neve was present on duty at Islamabad [later changed to Anantnag] when he witnessed “a sort of farewell service on a maidan outside Islamabad, when nearly 1000 men were starting. And when they took leave of the friends who had accompanied them so far, loud was the sobbing of some, fervid …… they intoned their prayers and chanted some of their special Ramzan penitential psalms. Braver men might well have been agitated at such a time. It is certain that cholera clung to the [garrison] camp, and that unburied corpses of hundreds of these poor ‘ begaris ‘ marked the whole of march from Srinagar to Bunji”.