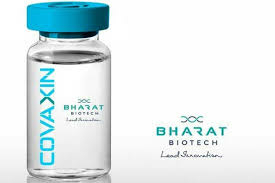 A ray of hope has glimmered after reports emerged that `Covaxin’ may provide better protection against the Omicron coronavirus variant.

“It is only the inactivated vaccines like Covaxin which have a much broader exposure because they are using the full virus which have many antigens,” said K Srinath Reddy, president of Public Health Foundation of India.

He called for laboratory and clinical tests to understand how the Omicron variant, which has the highest spike protein mutations among all the variants, behaves with vaccines.

“The likelihood of some immune escape from vaccines is there because most of the vaccines, whether they are mRNA vaccines or virus vector vaccines…are directed only against the spike protein,” he said.

Samiran Panda, head of epidemiology and infectious diseases at the Indian Council of Medical Research echoed the same and said that scientific conjecture would say that Covaxin might be more effective.

“We now know that there are a whole lot of mutations at the spike protein variant or the receptor-binding domain of the virus, so, may be, those vaccines which are specifically directed towards that part of the virus then the vaccine might turn out to be ineffective. From that perspective Covaxin is a whole virion-killed vaccine platform, nobody knows how things will unfold in real life, but scientifically speaking, one could always have some hope rested. But scientific conjecture would say that Covaxin might be more effective,” he said.