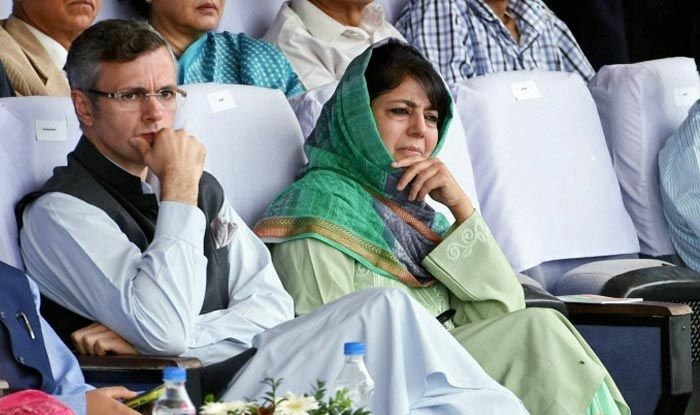 Srinagar, Sep 1: National Conference leader Omar Abdullah and Peoples Democratic Party chief Mehooba Mufti have been allowed to meet their families nearly a month after their arrest on August 5, NDTV reported on Sunday.

The two former Chief Ministers were taken into custody as a “precautionary measure” ahead of the government’s decision to scrap Jammu and Kashmir’s special status under Article 370 and bifurcate it into two distinct union territories.

Quoting sources, NDTV reported that Omar Abdullah’s family reportedly met him twice this week at Hari Niwas in Srinagar, where he was taken soon after the centre moved on Jammu and Kashmir.

His sister, Safia, and her children were also allowed to meet the leader – who has grown a beard in the days following his arrest – for 20 minutes on Saturday, the report said.

Quoting sources, NDTV further said that Mehbooba Mufti’s mother and sister were allowed to meet her on Thursday. The PDP president is lodged at a tourism department property in Chesmashahi that has now been declared as a sub-jail.

Safia and her aunt reported visited the Deputy Commissioner’s office on several occasions before they were finally granted permission to visit Omar Abdullah on Monday, the report added. They first got a chance to speak with him on August 12, the day of Eid, when officials allowed him access to a phone.

Farooq Abdullah, Omar Abdullah’s father and three-time Chief Minister, has also been placed under house arrest without access to a telephone. Sources said two senior officials in the Jammu and Kashmir administration visited him thrice over the last few weeks but repeated requests to meet his son were denied.

Sources said neither Omar Abdullah nor Mehbooba Mufti have access to news channels in the absence of cable and newspapers. However, officials have provided the former with a DVD player to watch movies. The 49-year-old National Conference leader also reportedly reads books on his Kindle tablet and regularly goes on walks on the premises of Hari Niwas.