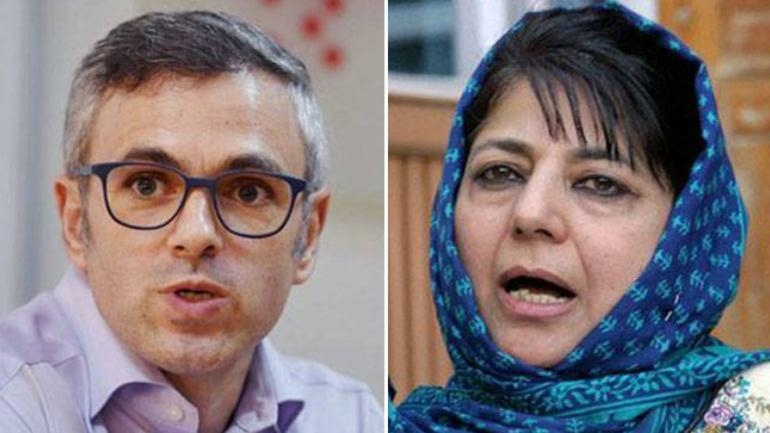 Srinagar, Feb 15: Condemning the attacks on Muslims in Jammu, former chief minister Jammu and Kashmir Omar Abdullah on Friday said the reports of violence and arson in Jammu were deeply worrying.
Taking to Twitter, Omar in a series of tweets said neither Kashmiris nor Muslims carried out the Awantipora attack which killed 49 CRPF personnel. He said giving vent to anger by attacking innocent people because of their ethnicity (Kashmiris) or religion (Muslims) is ‘no way to honour the sacrifices of yesterday.’
“Giving vent to anger by attacking innocent people because of their ethnicity or religion is no way to honour the sacrifices yesterday. Reports of violence & arson in #Jammu are deeply worrying. I hope political leaders & civil society are able to ensure cooler heads prevail,” Omar tweeted.
“Kashmiris/Muslims in Jammu didn’t attack our CRPF jawans yesterday, terrorists did. This violence is a convenient tool by some to shift the blame. Let’s unite against terror let’s not allow terror to divide us,” he wrote.
While appealing to the home minister Rajnath Singh, who arrived in Srinagar to take stock of the situation in the aftermath of Awantipora attack, to issue directions to all state governments to take special care in areas, colleges and institutions where Kashmiris are residing or studying.
“They are soft targets in a surcharged atmosphere,” he said.
“If the security forces & the administration’s attention is shifted to dealing with communal violence in #Jammu instead of investigating yesterday’s attack & preventing further attacks who are we helping with the arson & violence?” he said.
The Peoples Democratic Party (PDP) president Mehbooba Mufti said she spoke to Jammu police chief to deploy additional forces in the communal sensitive areas.
“Distressed to hear about miscreants in Jammu trying to take advantage of the situation by inciting tension. Guv adm should have preempted this by securing minority dominated areas. Have spoken to IG Jammu to deploy additional security,” she tweeted.