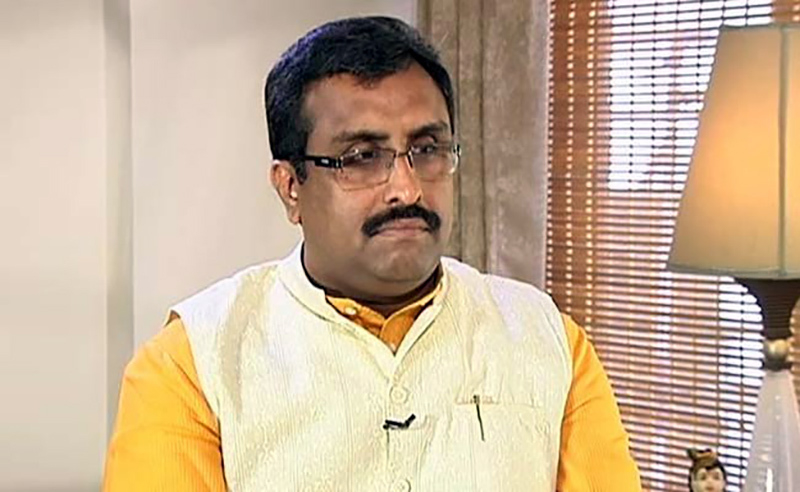 SRINAGAR: A Twitter war has broken out between BJP National General Secretary Ram Madhav and National Conference leaders over Omar Abdullah’s warning to the Centre over “communal imbalance” in the administration.

“What a low for Omar Abdullah, who himself couldn’t speak Kashmiri when he became an MP, to communalize the discourse to this level. As CMs he and his father always had non-Muslim but efficient officers as DG and CS,” tweeted Madhav.

In an interview to The Hindustan Times, Omar had flagging the “communal imbalance” in the administration which he said could lead to resentment.

“Please look at the make-up of our administration today. Your LG is non-Muslim; chief secretary non-Muslim; DGP non-Muslim; both your divisional commissioners are non-Muslims; both your IGs of police non-Muslims; the chief justice of Jammu and Kashmir high court is non-Muslim; the rest of the high court bench, barring two judges, are all non-Muslims. How many of your deputy commissioners and SPs posted in Kashmir today are Kashmiri-speaking? It may appear minor, but please understand these are the issues that resonate with people. We are not fundamentalist people. We don’t play the religious card, but when there is such a severe communal imbalance, there will be resentment,” he said.

Omar’s diatribe evoked a chain reaction on Twitter with Madhav leading the chorus. Minutes later Omar’s aides and National Conference leaders joined the fight against Madhav and others.

“Try implementing a similar arrangement in any other state of the country by having all top posts occupied by Muslim officers and then talk about high and low politics. Sometimes it’s better to accept the truth and reality on the ground,” tweeted Nasir Aslam Wani, National Conference provincial president for Kashmir.

“Irony died a while ago when the GS of a party which has altered radically the narrative & discourse the whole world knows. With these scurrilous remarks impugning others u should also explain why ur party does not have a single Muslim MP in Lok Sabha?” he tweeted

National Conference spokesman Imran Dar tried to calm the tempers by playing safe on the communal angle. “Ram Madhav may very well try to rubbish the concern about the marginalization of Muslims in New Delhi’s administration in J&K. That would not change facts. Hindu officials are welcome but not to elbow their Muslim counterparts into non-existence. JKNC never let it happen, never will,” he said.