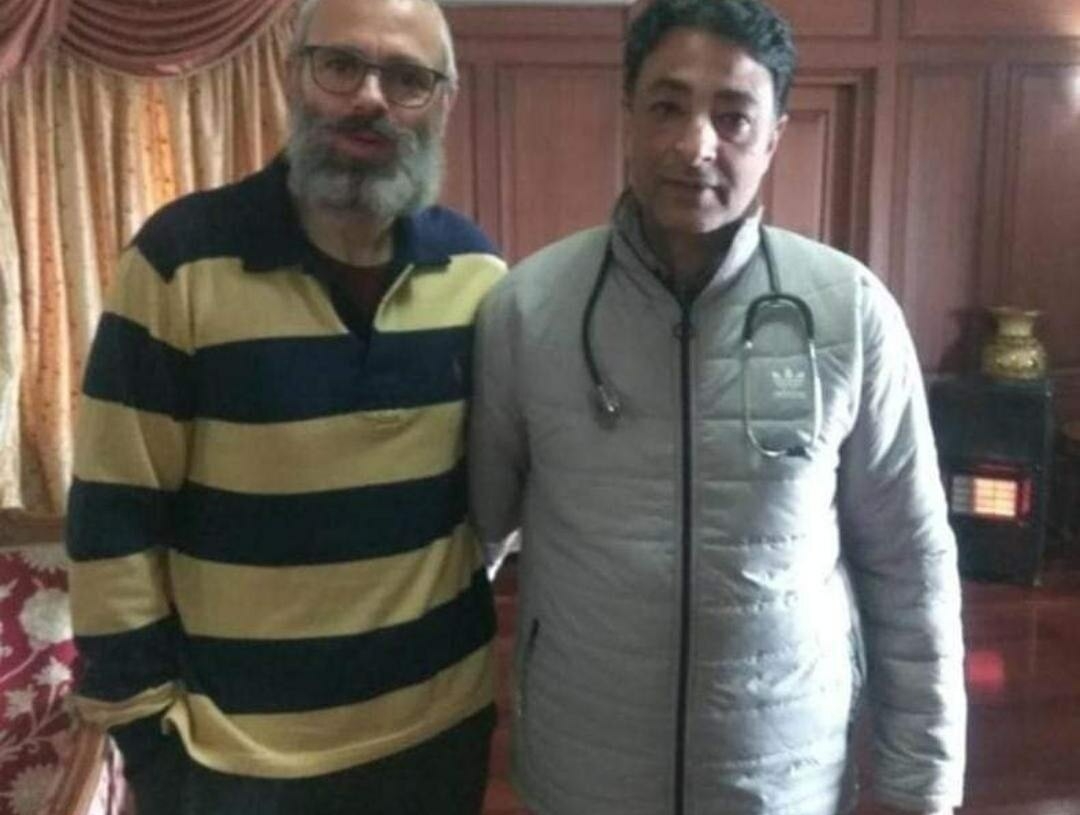 Srinagar:  Former Jammu and Kashmir chief minister Omar Abdullah turned 50 on Tuesday and spent the day at Hari Nivas here where he has been under detention for the last seven months.

Detained under the stringent Public Safety Act (PSA), Omar had a quiet day in the sub-jail not far from his residence on Gupkar road. His mother, sisters and some other members of the family met him for a while in the afternoon. His father and five-time chief minister Farooq Abdullah, himself a PSA detainee, could not meet his son on his special day.

Both Abdullahs have been in detention since August 5 following abrogation of special status and bifurcation of erstwhile state into two union territories.

On his 50th birthday, the Twitter handle of Omar saw a message from his sister Sara Abdullah Pilot who said she would be temporarily managing the account.

“Temporarily looked after by Sara Abdullah Pilot to keep track of my brother’s mentions & DMs. Will restore the a/c to its original owner as soon as he’s out,” the bio on Omar’s account reads.

Omar has grown a long salt-and-pepper beard and is almost unrecognisable judging by a couple of photographs that have surfaced on social media in recent weeks triggering mostly anger and anguish from netizens. The pictures showed him smiling in a snow-covered jacket and sporting an unkempt greyish beard.

The Supreme Court is hearing a petition of Sara Pilot challenging Omar’s detention under the PSA. The hearing is slated for next week.

The political career of Omar began at the age of 28 when he became a Lok Sabha and was youngest minister inducted in Atal Bihari Vajpayee-led Cabinet in 2000 when he was appointed Minister of State for external affairs and later as commerce.

Omar, who was the chief minister of the state from 2009 to 2014, rose to fame in 2008 with his famous five-minute speech at Parliament when he, despite being in opposition, supported the Indo-US nuclear deal.

“I am a Muslim and I am an Indian,” he said. “And I see no distinction between the two. I don’t know why should I fear the nuclear deal. It is a deal between the two countries which, I hope, will become two equals in the future,” Omar had said and warned that the enemy of Indian Muslims was not America or deals like these.

Surprisingly, the PSA dossier and grounds for his detention served on him late on February 6 last month accused him of having “considerable influence” over people including ability to get voters during poll boycott calls and potential for diverting energies of public for any cause.

Ironically, the fact that he was able to convince electorates to vote in huge numbers even during the peak of militancy and poll boycotts has been mentioned in the dossier prepared by the police to detain him under the PSA.

The grounds also mention his comments on social networking sites to instigate common people against the decision on 370 and 35-A which had the potential of disturbing public order.

However, the police have neither mentioned any of Omar’s social media posts in the dossier nor in the order for grounds of his detention.

“To the people of Kashmir, we don’t know what is in store for us…….stay safe and above all please stay calm,” was the last few tweets of Omar before he was taken to Hari Nivas for preventive detention.