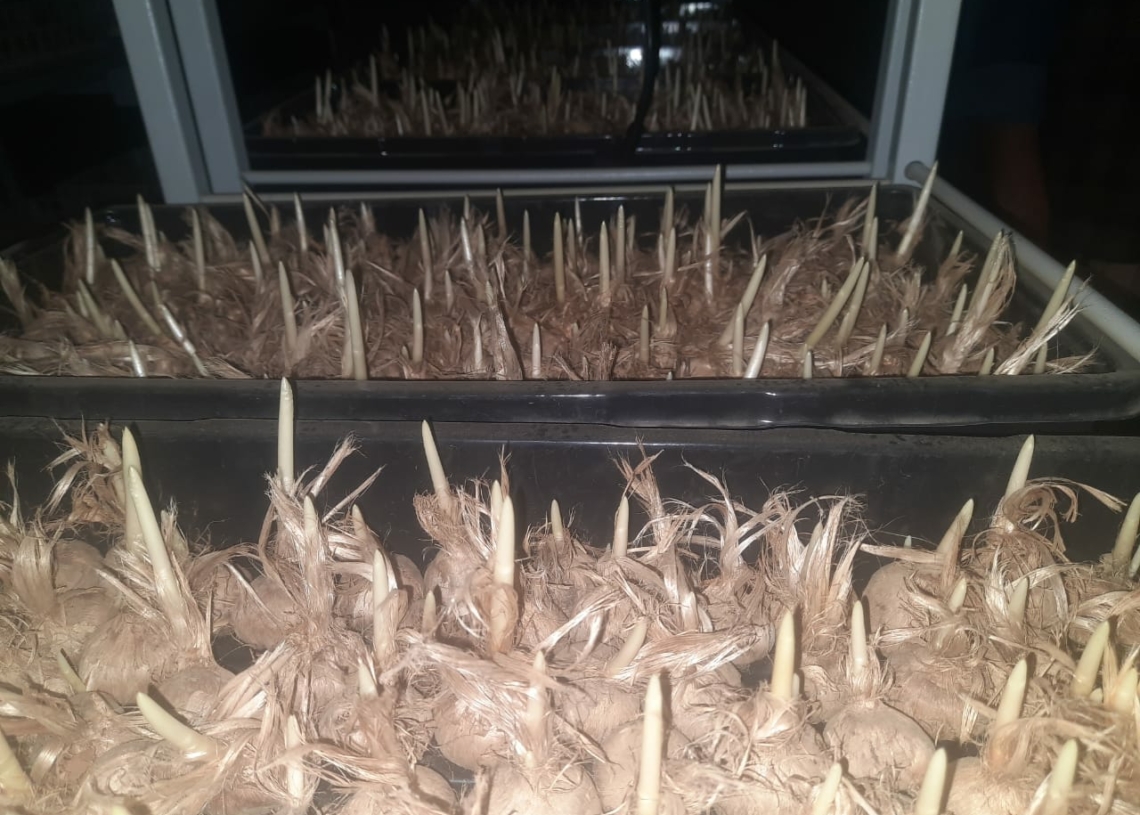 Srinagar: Have you ever thought of growing saffron at home?

Well, this is not a fairytale. In a first, local farmers of Pampore  in collaboration with SKAUST-Kashmir have started indoor saffron cultivation on an experimental basis.

“I have planted 400 saffron seeds in small trays in a room. The crop is expected to produce flowers by 20th October. A team of experts have surveyed it recently and they are positive about the results. It can give yield of upto 600 grams,” said Abdul Majeed Wani, president of the Saffron Growers Association.

Wani is one of the cultivators who have started indoor farming. Wani said saffron farming in present times faces challenges of area, production, and productivity drop.

“This is on an experimental basis. After this everyone with even a small space can produce saffron in a room,” he added.

An official at SKUAST-Kashmir said growing saffron in a room can increase the production in the valley. “Our saffron land has shrunk over the years due to encroachments and farmers switching to other crops. Vagaries of weather, lack of irrigation facilities and construction activities are also responsible for its decline. So indoor farming of saffron can prove productive for all the farmers and others who want to do indoor farming of saffron,” he said.

Saffron is derived from the crimson stigma and styles of the Crocus sativus flower. Kashmiri saffron is considered the best in the world due to its flavour, colour and aroma.

Three to four kanals of saffron fields yield one kg of fine saffron. Each kilogramme costs between Rs 1.6 lakh and Rs 2.2 lakh, depending on the quality and demand.

An expert at the Department of Agriculture, Kashmir, said indoor farming is very cost effective. “For more production and productivity levels indoor growers need the proper mix of lighting and knowledge to use light in the right way,” the expert said.

The expert said soil is not the only solution for growing crops. “We have a farming system that is exclusive of soil, often called soilless farming viz. the system of hydroponics. Under such soilless conditions, the roots of plants develop inside the wet torpid materials such as Vermiculite and Rockwool or in a liquefied nutrient solution which is a combination of vital plant nutrients in the water,” the expert said, adding indoor farming can play a vital role in meeting the need for organic and pure home-based saffron full of attributes.

There were 22,000 families in the Kashmir region cultivating saffron a decade ago, but the numbers have dwindled to about 16,000 families.

Saffron generates a revenue of around Rs 300 crore annually. As per the official figures of the Department of Agriculture, the area under saffron cultivation in Kashmir has shrunk by 43.9 percent from around 5,707 hectares in 1996 to 3,200 hectares now.

The production of Kashmiri saffron has declined by 65 per cent over the past two decades, from 16 metric tonnes a year to 5.6 metric tonnes.In May last year, Kashmiri saffron was given the Geographical Indication (GI) tag. It is illegal for someone outside the valley to sell a similar product under the ‘Kashmiri saffron’ label. GI tags are “indications which identify a product as originating in that territory, where a given quality, reputation or characteristic of the product is essentially attributable to its geographic origin.”

After Kashmiri saffron received the GI tag, a lab has been set up in Pampore to check the quality of saffron being exported.