Of distracted eating and mobile phones 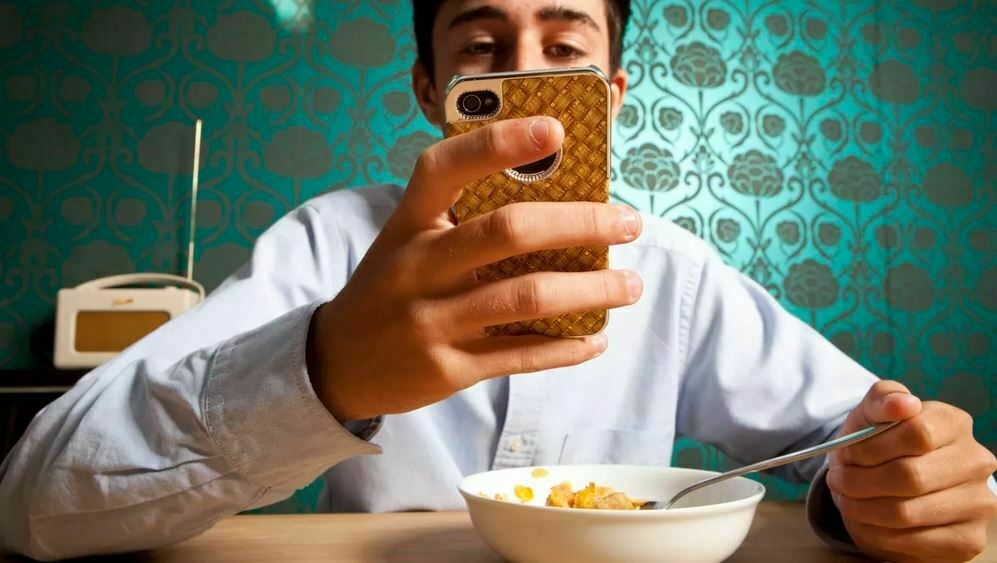 When Urdu poet Ahmed Nadeem Qasmi said for life one needs more than mere permission to breathe, he would hardly have imagined that years down the line it could be construed as one needs technology to live.

Technology today is ubiquitous. To imagine life without it will be akin to a post-apocalyptic scenario. Yet, with everything else, it has its boons and banes. While adults are relatively in a better position to take a nuanced and balanced approach to technology, the same can’t be expected of kids.

As a parent, you are in a constant struggle to get your kids off gadgets and limit screen time. While the pandemic has definitely increased the hours every child spends in front of screens in Kashmir, the biggest hurdle could be the one you face while making your child eat. If your child refuses to pick a bite of the food off the plate without staring at the television or their favorite show on the tablet, you know what we are talking about. Parents can find it difficult whether to let kids watch the television in lieu of them having food properly, or encounter crankiness at the dinner table.

Many kids (as well as adults) have the habit of gulping down their food only when a screen is present. Not only are mealtimes supposed to be sacred and need to be a mindful habit, but distracted eating can actually shift the focus off of food or make your child overeat. With little kids, televisions and tablets can be distracting enough to not actually make them learn to have meals on their own, which is bad. Not to forget, any additional amount of screen time only adds to possible problems.

If you are trying to separate screen times and mealtimes, here are some ways you can keep distracted eating and the side-effects that come with it at bay:

I. To curtail gadget dependency while eating, a wise idea would be to set a timer to finish off meals. It’s also a good way to teach kids to have their meals on time, without shifting their focus. Instead of having children fuss over meals for long times, give them a time limit and make them follow it consistently.

II. If you fret going cold turkey off screens, start by cutting down screen time during eating hours gradually. Slow and steady, the more your child gets habitual to being away from the screens or gadgets during meals, the easier it would be to get accustomed to this habit and avoid mealtime crankiness and drama.

III. While screen time is the number one distraction to avoid during eating time, as a parent, you should also emphasize a cutback and avoid any form of distraction while you and your child are eating. Make it a rule to absolutely anything which demands their attention- books, phones, digital games, or any form of device time. The pure focus should be on the food and mealtime conversations. However, you may offer them some toys, as long as they are not too distracting, or demand them to get up from the table.

IV. As a family, make it a habit to have meals together, at least once a day. While people can have different schedules, encouraging family mealtimes and eating together can cultivate a good habit in them. When there’s ample conversation and family time, there will be no need for kids to derive entertainment via gadgets and screens. It’s also crucial that screen time habits and limits are also adopted by the adults at mealtime, to set a good example.

V. Before you take away all the gadgets from them, try and have a conversation with them and detail why meal timings need not be mixed together with screen time. Although it can be difficult for little kids and infants to understand this, having the talk and explaining as to why too much screen time is bad for them is something well-grasped by older kids, such as the ones over the age of 3 or 4. In the same way, make them understand the benefits of having good eating patterns and screen-free mealtime.