Number of sick industrial units in JK doubles to 500 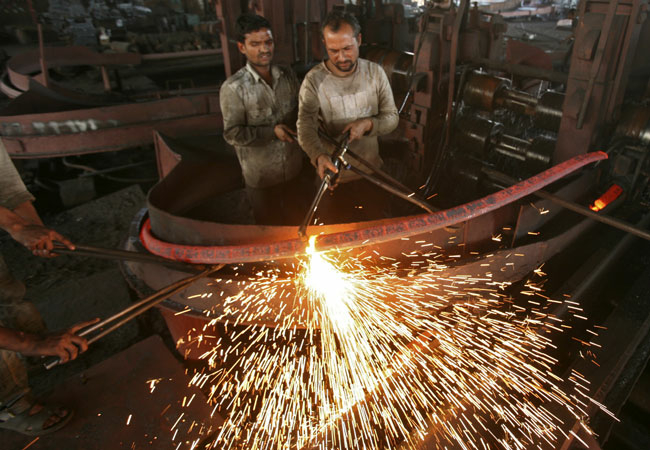 Srinagar: The number of sick industrial units in the state has doubled within the last five years, as the government was unable to revive them.
As per the official data, the number of sick units registered in 2013 was 200, including 80 in Kashmir, 60 in Jammu, and 30 each in Samba and Udhampur districts.
Their number had increased to 457 in 2015 and subsequently to 500 in the two years since.
Sources said the successive regimes failed to give a fillip to the industrial sector despite forming multiple committees to study their shortcomings.
“Realising the condition of industrial sector here the government initially constituted a State Level Rehabilitation Committee in 2013 to conduct a fresh survey and ascertain the present viability of all the sick units. While many in the identified 184 identified units were cleared, the number of such units kept piling-up gradually,” a source said.
Sources said the valley, in particular, witnessed immense sickening and closing of industries compared to the Jammu due to the violence and uncertainty in the last few years.
“Even many of the entrepreneurs here have occupied the state land but couldn’t set up their units yet due to the uncertainty,” they said.
Industrialists claim the ‘withdrawal’ of the New Industrial Policy by the statement government had a major setback on the Industrial sector of the state.
“The creation of Asset Reconstruction Corporation (ARC), which was one of the important components of Industrial policy couldn’t materialise. The entire idea remained confined to papers only, and no economic impetus has been provided to the industries yet to recover from the losses,” President Federation of Chambers of Industries Kashmir (FCIK), Mukhtar Yousuf , told The Kashmir Monitor.
He said the government didn’t follow its commitment of tax exemption for the industrial sector here on the pattern of North-East.
“I must say that we have even more bad days ahead. Our all incentives that were listed in the Industrial Policy have now been snatched. Decisions like GST and demonetisation further dented our economy,” he added.
Commissioner Secretary Industries and Commerce Department, Shalendra Kumar, claimed that the Jammu and Kashmir State Industrial Development Corporation (SIDCO) has been helping in revival of the sick units.
“We have many schemes in SIDCO for the benefit of the industries. Those with sick industries avail themselves of the benefits,” he said.
ADVERTISEMENT
ADVERTISEMENT
No Result
View All Result